Vancouver City Council has approved new regulations for short-term rentals, including Airbnb, legalizing rentals of less than 30 days in principal residences in the city. 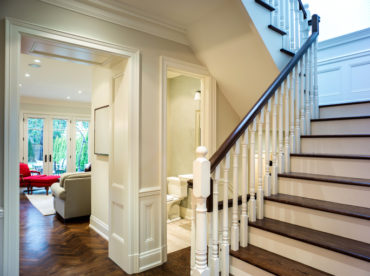 The regulations, which come into effect April 2018, allow city residents to apply for and receive a short-term rental licence online for a cost of $49, plus a one-time administrative fee of $54.

Now that short-term rentals are legal in Vancouver, what are the insurance implications?

Stefan Tirschler, product and underwriting manager at Square One Insurance Services, told Canadian Underwriter that “speaking to home insurance in general, in most jurisdictions, including B.C., there isn’t provincial legislation that forces people to purchase home, condo, renter/tenant insurance.”

The city is “saying they will only allow you to rent part or all of your own primary residence, so it sort of stands to reason that people who are choosing to rent out part of their primary residence are relying on some degree on that supplemental income, so it’s important to choose a home insurance policy that can insure against that lost short-term rental,” Tirschler said.

The city, for it’s part, said that it’s “strongly suggesting insurance, but not requiring it,” Kaye Krishna, the City of Vancouver’s general manager of development, buildings and licensing, said on Wednesday. “We have not delved into the details of the terms or coverage of insurance – that’s less of a municipal consideration.”

The regulations were brought forward by city staff last June to address the more than 6,000 illegal short-term rentals currently operating in Vancouver. The city estimates that at least 70% to 80% of existing listings will be able to operate legally in Vancouver as of April 2018. It also estimates at least 1,000 of the currently illegal rentals are not principal residences and would not be supported as short-term rentals under the new regulations.

As part of the new policy, the City will have improved enforcement mechanisms, including a dedicated enforcement coordinator and an additional inspector to support complaint-driven and auditing inspections. Those who rent short-term without a licence will be subject to a fine of up to $1,000 per infraction. Until April 2018, the city will continue to pursue illegal short-term rentals, with a focus on commercial listings, unsafe listings or illegal dwellings, and “nuisance” properties.