Next round of reusable data services aims to solve this problem

When a corporate client’s policy is up for renewal, it can take a lot of time and effort to get a claims run request, a Toronto commercial broker suggests.

For vendors and carriers looking to automate this process, a reusable data service will soon be available, said Loeters, who is helping spearhead the Data Exchange (D/X) Initiative for the Insurance Brokers Association of Canada. 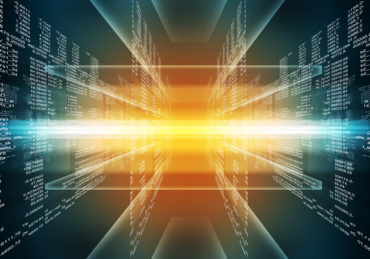 Today, brokers often send a request for a commercial claims run by e-mail, Loeters said in a recent interview.

With Data Exchange (D/X), IBAC hopes to make it easier to automate the process of getting the commercial claims run into a broker management system.

Commercial claims run is one of four reusable data services that are expected to be available by the end of 2019, said Loeters. Launched in 2018, D/X involves building a data services library that lets BMS vendors, and insurers, build application programming interfaces (APIs) that let the BMS talk to the carrier’s computers. A data service for first notice of loss is already available.

The reusable data service is essentially a set of instructions to both the carrier and BMS vendor to tell them how communication between the systems needs to happen.

“They can just go to the library and say, ‘Oh – that’s how it’s done? Easy. Okay,’ and they basically integrate it into their applications,” said Loeters.

The aim is to let companies who compete against one another share the same data service – similar in concept to the way that multiple companies share the same power transmission lines, postal service and watermains instead of every company building their own utility.

The library for those services is held by the Centre for Study of Insurance Operations (CSIO). The three (on top of FNOL) that D/X aims to have by year-end are claims inquiry, billing inquiry and commercial claims run request.

What IBAC is trying to do with D/X is eliminate manual effort that costs brokers and carriers money but does not generate any revenue for anyone, said Loeters.

Most insurers today have a team who work on a claims run request received from a broker, said Loeters. What the insurer generates could be a spreadsheet, Word document or PDF file, which someone at the carrier would then have to email to the broker.

“We request thousands of those a year and the whole process is completely manual and there is no consistency in the way we get the information,” said Loeters.

Another reusable data service coming soon is claims inquiry, which would be kind of like a “refresh button” in the BMS to provide the current status of a claim – whether it’s open whether it closed on such and such a date.

“The idea here is that this data service will basically pull this information right out of the claims system and put it right into the broker management system so we can just see the notes, see the status and we can tell our client verbally over the phone what the update is,” said Loeters.

“As a broker we could maybe even make that available to them online. They could track the status of their own claim.”

Today, a broker wanting to find out what going on with a claim often needs to phone or email an adjuster, said Loeters.

“So I have to go into the system, find out who the adjuster is, send them an e-mail, and then the adjuster on the other side has to take that request, go into the file and write out some explanation.”

After all that, the adjuster still, typically, has to write an e-mail back to the broker and then the broker has to type notes into the BMS, said Loeters.

The broker then has to pass that information on to the client.

“That whole process of following up takes, on average, about a week,” said Loeters.

“It’s a terrible customer experience because the customer doesn’t understand why it take a week to get an update on a claim. They expect that they would just be able to see it online or whatever. Unfortunately it’s not like that. It’s a lot of people and a lot of manual processes involved just to get that update.”