“Our legal counsel is reviewing the decision and we will decide whether to appeal in the next few weeks,” Angie Morris, vice president of legal and general counsel for Allstate Insurance Company of Canada, wrote in a statement to Canadian Underwriter. 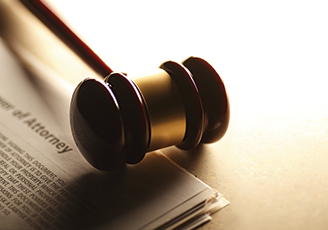 Joshi is suing Allstate for more than $600,000  for wrongful dismissal. At one time, she managed Allstate’s agency in  Brampton, and then she managed the agency in Milton.

All other factors being equal, a motorist in Brampton can expect to pay higher rates than if that same motorist lived in nearly any other Ontario territory.

Joshi has alleged that Allstate had a policy or practice at its Milton location preventing Milton employees from providing auto insurance to residents of Brampton. Allstate characterizes Joshi’s allegations as baseless, arguing that it continues to have a Brampton office through which Allstate issues auto insurance. Allegations against Allstate Canada have not been proven in court.

In her lawsuit against Allstate, which is still before the courts, Joshi alleges the termination of her employment in 2018 was a reprisal for Joshi’s resistance to the alleged policy or practice concerning the provision of auto insurance to Brampton residents.

Joshi made comments to the media  this past December about her wrongful dismissal claim. In January, Allstate wrote a letter to Joshi demanding that she retract her public comments, citing Ontario’s Libel and Slander Act. Allstate counter-sued Joshi, alleging that her statements were false and that Allstate suffered damage.

A witness for Allstate said it is premature to access losses until the insurer goes through the policy renewals cycle. Another witness observed that Allstate continues to write business in Brampton and that he is not aware of any reputational damage or losses.

“Allstate is not defenceless” from Joshi’s allegations, wrote Justice Kimmel. “It is not constrained in its ability to speak publicly about its policies in relation to Brampton.”

Joshi was dismissed in late 2018 from her job as manager of Allstate’s agency in Milton.

The key question in the counter-suit was whether Allstate is barred because of Bill 52, the Protection of Public Participation Act, which the province passed in 2015. With Bill 52, the province was aiming to stop SLAPP lawsuits that “unduly restrict free expression in the public interest, minimizing costs and other hardships endured by the defendant.”

That same law is due to be considered by the Supreme Court of Canada in a $15-million lawsuit by auto insurers’ examiner Dr. Howard Platnick against personal injury lawyer Maia Bent. Bent made allegations about Dr. Platnick on a list-serv for personal injury lawyers. Ontario Superior Court Justice Sean Dunphy dismissed Dr. Platnick’s defamation lawsuit in 2015, finding that Bent would “likely succeed” on the defence of qualified privilege. The ruling was overturned on appeal in 2018. The Supreme Court of Canada announced this past April will hear an appeal from Bent.

Anti-SLAPP legislation means it’s easier now in Ontario (compared to four years ago) to have a defamation lawsuit against you dismissed outright if you can convince the judge that you made statements about a matter of public interest.

Comments for which Allstate wants to sue Joshi are “about a type of postal code discrimination that Ms. Joshi believes is being employed by at least one office of Allstate in relation to residents of Brampton that may have either the intention or the effect of discriminating on grounds of race and ethnicity,” Justice Kimmel wrote in her July 22 ruling.

As such, Joshi’s comments “are not devoted purely to a private dispute or attack on Allstate,” but are in fact matters in the broader public interest, wrote Justice Kimmel. Joshi did not say Allstate is racist.

Libel laws in Canada mean defendants can be sued for saying things they cannot substantiate. The classic definition of libel is a statement that “tends to discredit or lower an individual in the estimation of right-thinking members of society generally,” the Canadian Judicial Council notes.

If you are sued for libel, you can defend yourself if you can prove the disputed statements are true. Also, in Ontario, a defence of qualified privilege applies to reports on proceedings of legislative bodies and courts. The province’s anti-SLAPP legislation extended qualified privilege in 2015 to communication on a matter of public interest.

Defendants can argue they have qualified privilege if they can convince the court they had a legal, moral or social duty to report allegations, wrote Justice Kimmel.

When Bill 52 was passed in 2015, it added section (137) to the Courts of Justice Act. That section stipulates that a judge shall not dismiss a case under the anti-SLAPP section if the plaintiff convinces the court that: