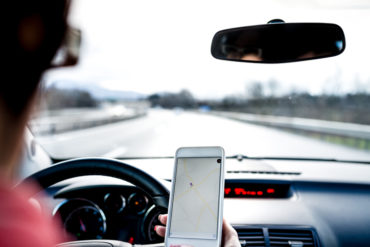 The announcement, on Wednesday, covers the second phase of voluntary guidelines to address driver distraction on roads in the United States. The first phase, in 2013, focused on devices or systems built into the vehicle at the time of manufacture, NHTSA noted in a press release.

U.S. Transportation Secretary Anthony Foxx noted that the “common sense guidelines, grounded in the best research available, will help designers of mobile devices build products that cut down on distraction on the road.”

The proposed, voluntary guidelines, available on the NHTSA’s website, are designed to encourage portable and aftermarket electronic device developers to design products that, when used while driving, reduce the potential for driver distraction. For example, the guidelines encourage manufacturers to implement features such as pairing, where a portable device is linked to a vehicle’s infotainment system, as well as Driver Mode, a simplified user interface.

“Both pairing and Driver Mode will reduce the potential for unsafe driver distraction by limiting the time a driver’s eyes are off the road, while at the same time preserving the full functionality of these devices when they are used at other times,” NHTSA said in the release.

The Associated Press reported on Wednesday that the NHTSA also wants smartphone makers to “lock out most apps when the phone is being used by someone driving a car. Drivers could still make calls, but the phones and automaker systems would lock out the ability to enter text,” the Associated Press said. “Internet browsing, video not related to driving, text from books, and photos would be locked out. Navigation systems would be permitted, but with guidelines on how to avoid driver distraction.”

NHTSA is seeking public comments on its proposed guidelines. Written comments can be submitted at https://www.regulations.gov/docket?D=NHTSA-2013-0137.