Saskatchewan has a new law allowing for the sale of up to 49% of crown corporations, but the provincial government will continue to have a monopoly on compulsory auto insurance, a spokesperson for Saskatchewan Government Insurance told Canadian Underwriter Friday. 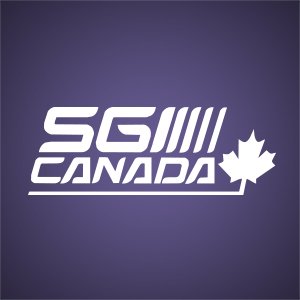 “The Auto Fund … will continue to operate as a government-owned monopoly,” the spokesperson for SGI said in an interview.

On April 27, Bill 40, An Act to Amend the Interpretation Act, was signed into law.

Saskatchewan law “prescribes for the protection of Crown corporations from privatization, but the definition is never offered of privatization,” Premier Brad Wall told the legislative assembly Oct. 27, 2016, during debate on second reading of Bill 40, which is intended to specify what privatization of a crown corporation means.

In addition to the Auto Fund, SGI operates SGI Canada, which writes coverages in and outside of Saskatchewan in competition with other property and casualty insurers.

“There are no negotiations,” to sell an equity interest in SGI Canada, the SGI spokesperson suggested to Canadian Underwriter on May 5. “There are no active deals on the table at this point.”

The Auto Fund writes basic minimum liability, damage to or loss of an insured’s vehicle and injury coverage, the Auto Fund said in its financial report for the third quarter of 2016. The injury coverage provides that the insured can choose between tort and no-fault coverage.

Related: Portions of Saskatchewan Government Insurance could be sold

In 1944, “poor economic conditions had driven many insurers out of the province,” the Auto Fund said in its annual report for 2015-16.

With Bill 40, the Saskatchewan government is adopting, as a definition of privatization, “the definition used by the World Bank, and that definition is that if you privatize an organization, it means you lose control of it,” Wall said in 2016. “You lose more than 50% of that company.”

When Bill 40 was introduced, SGI chief executive officer Andrew Cartmell “went out and had some meetings with industry players to let them know that this was coming down the pipe and what this means,” an SGI spokesperson told Canadian Underwriter May 5, 2017.

A sale of a minority interest would apply to “just the SGI Canada portion of SGI,” the spokesperson suggested.