‘No progress’ since 2010 of mandating safety management systems to “broader range” of aviation, marine companies: TSB

Some firms in Canada’s marine and aviation sectors are allowed to operate with no formal safety management processes, the Transportation Safety Board of Canada warned Monday. 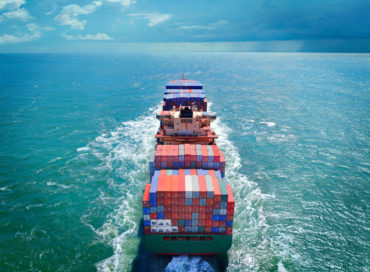 “Safety management systems have not yet been mandated in all sectors of the transportation industry,” stated Kathy Fox, chair of the TSB, a separate agency from Transport Canada that investigates incidents in aviation, marine, rail and pipelines.

Rail and pipeline operators must have formal SMS systems.

Safety management systems was one item on TSB’s 2016 watch list – released Oct. 31 – of key safety issues that it TSB contends “need to be addressed.”

“SMS has been on the TSB Watch list since 2010,” TSB said Monday. “Since then, there has been no progress on expanding the application of SMS to a broader range of companies.”

In 2004, TSB recommended that Transport Canada “take steps to ensure that small passenger vessel enterprises have a safety management system.”

That recommendation was made in an investigation report – released in June of that year – into the Lady Duck Tragedy.

Four passengers on the Lady Duck – an amphibious passenger vehicle operated by Amphibious Lady Dive Inc. – drowned after the vehicle sank June 23, 2002 near the Hull, Quebec marina, on the Ottawa River across from the nation’s capital. The Lady Duck – which uses a converted Ford F-350 truck chassis – was taking tourists on a sightseeing tour both by land and water.

Less than a year earlier – on June 30, 2001 – the Lady Duck capsized and sank during a sightseeing tour. All eight passengers and the tour guide were rescued after the 2001 sinking.

“The regulatory framework that applied to the Lady Duck did not adequately address the risk involved in the vehicle’s operation, in that the Lady Duck was not subject to construction requirements, did not require a qualified operator, and the company was not required to have a safety management structure in place,” TSB stated of its investigation into the 2002 fatal sinking of the Lady Duck.

“Characteristics of the vehicle indicated a lack of awareness of marine standards of construction and maintenance, in that the vehicle was constructed with low freeboard, without watertight fittings at through-hull penetrations and with incorrectly installed bilge pumping arrangements,” TSB stated. “The picture that emerged from this investigation was one of an organization pursuing minimal compliance with regulations rather than one seeking to minimize risk through all available means.”

After TSB released its report in 2004, Transport Canada noted it agreed with the recommendation to ensure that small passenger vessel enterprises have a safety management system.”

However, in March, 2013, Transport Canada  “advised TSB that the proposed Safety Management Regulations would not be applied to vessels less than 24 m in length and carrying fewer than 12 passengers,” TSB stated.

The Lady Duck had 10 passengers, a driver and a tour guide.

“TC indicated that the financial burden of implementing a safety management system would be ‘too onerous for small companies with limited personnel’ and that there are a limited number of qualified organizations that could audit and certify SMS for marine companies,” TSB said earlier. “Although TC indicated that it will promote SMS as a best practice for vessels less than 24m, it will not require SMS, inspect it or audit it.”

That was when TSB released an investigation report on an incident June 10, 2013 when a King Air ran out of fuel and was forced to conduct an emergency landing in a field short of St-Mathieu-de-Beloeil, Quebec airport.

“The aircraft was extensively damaged, and the four occupants sustained minor injuries,” TSB said at the time.

The pilot of that King Air – which was on an inspection flight – determined that 500 pounds of fuel were needed to carry the flight and to land with a 30-minute reserve. The weight-and-balance form “showed that there were 580 pounds of fuel at the time of departure” but TSB estimated that in fact there were about 220 pounds of fuel.

“When risks are managed by means of a single layer of defence, such as relying on a single person to ensure flight safety, deviations from regulations or from standard practice can occur, thereby increasing the risk of incident or accident.”