No push from brokers to end B.C. government monopoly on auto insurance

Despite the fact that British Columbia’s government monopoly auto insurer lost almost $1 billion in the first nine months of last year alone, brokers in the province are not seeing a push from motorists to open the market to competition.

“Nobody [in B.C.] is particularly convinced that increased competition or even privatization or an open market would change things much,” Chuck Byrne, executive director of the Insurance Brokers Association of B.C., said Tuesday in an interview with Canadian Underwriter. 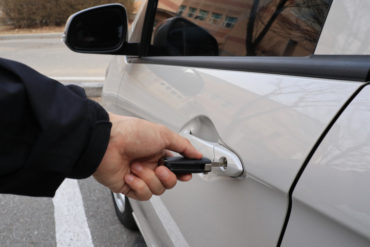 Insurance Corporation of B.C. (ICBC) has had a monopoly on mandatory auto insurance in the province for more than 40 years. The crown corporation lost $935 million during the first nine months of 2017 year and reported net losses of $280 million in 2016 and $257 million in 2015. B.C. motorists can buy optional additional insurance, above and beyond what is mandated by law, from either ICBC or from private-market carriers.

Insurance Bureau of Canada has called on the B.C. government to let private-sector insurers compete with ICBC on the basic product. But brokers are not hearing the same from their customers, Byrne reported Tuesday.

“The reality is that no one believes there is a better system out there,” Byrne noted, adding the Ontario auto market is in “turmoil” and insurers there are calling for reform. Auto insurers nation-wide are facing increasing claims costs from vehicle damage and personal injury.

The “axiom” for auto insurance in B.C. is that “the perfume of the premium outweighs the stench of the risk,” Byrne said. “Everyone would like a shot at the billions of dollars of auto insurance here, but I can tell you that the auto insurers in B.C. are losing their shirts.”

Byrne described himself as a “free enterpriser,” but he said “auto insurance is a social problem, and B.C. has got the right elements to bring [the auto insurance system] back to the way it should be.”

Neither the B.C. Utilities Commission (which regulates rates) nor the politicians have been open to raising premiums across the board.

But the government announced Monday it is seeking public feedback on possible changes to rating factors. One proposed change would give ICBC customers a 10% discount if they have vehicles with automatic emergency braking installed by the original equipment manufacturers. Another possible change is to charge drivers higher premiums if they caused accidents while driving someone else’s car.

The government is also proposing to raise penalties on insurance for some traffic convictions.

“There has got to be a greater tie-in to cause and effect with driving behaviour, and that is where the insurance rating structure will need to take on a change,” Byrne said.

Monday’s announcement about possible changes to ratings factors comes nearly a month after Attorney General David Eby announced the province will impose a $5,500 limit on pain and suffering awards for minor injury claims. The B.C. government is “making some bold moves,” Byrne said. “The right moves, we think.”

More News
Related
Government of Newfoundland and Labrador finalizes terms of reference for auto insurance review
Making ICBC a co-op one option for B.C., competition must be part of any option selected: taxpayers federation
Aviva Canada’s plan to decrease its exposure in Ontario auto
CU Total Loss Series: To repair, or not to repair?

11 Comments » for No push from brokers to end B.C. government monopoly on auto insurance