The National Oceanic and Atmospheric Administration (NOAA) in the United States is now forecasting 14-19 named storms, five to nine hurricanes and two to five major (Category 3+) hurricanes between June and November for the Atlantic Basin. 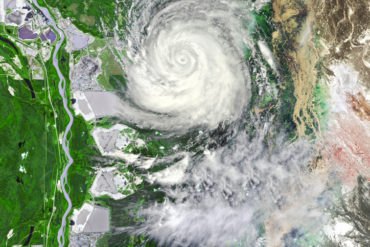 The most recent forecast includes the six named storms that have already developed this year, Aon Benfield said in a cat alert released on Wednesday.

According to a report from NOAA, there are five main factors that suggest above-normal activity for the Atlantic hurricane season:

1) The conducive conditions which were predicted in May for the Atlantic hurricane main development region (MDR – which includes the tropical Atlantic and Caribbean Sea) are now present and are expected to persist through the peak months (August to October) of the hurricane season. These conditions include weaker vertical wind shear, weaker trade winds, more conducive wind patterns coming off of Africa and a stronger west African monsoon.

2) There is much higher confidence that El Niño-Southern Oscillation (ENSO)-neutral conditions will persist through the peak of the season, and that El Niño will not develop and suppress the season. ENSO refers to periods when neither El Niño nor La Niña is present.

3) Warmer sea surface temperatures in the MDR are more likely to persist than models had previously predicted.

4) All models now predict a more active season than they did in May.

5) Enhanced June-July activity in the tropical Atlantic (tropical storms Bret and Don) reinforces the expectation for an above-normal season. Historically, years with early-season activity in this region have a higher likelihood of being above-normal.

“It is important to note that regardless of the overall number of storms that develop in the basin, it only takes one significant landfalling event to entirely change the perception of the season,” the report warned. “As always, it is critical to be aware of the inherent risks with any developing tropical cyclone and its potential threat to land.”