Market issuance of non-life catastrophe bonds for the first half of the year amounted to US$2.8 billion, with six transactions in the second quarter accounting for US$1 billion of capacity, notes a report from Willis Capital Markets & Advisory (WCMA).

Even after starting with record-setting issuance in the 2016 Q1, the US$2.8 billion in issuance in the first half of the year “is the lowest total since 2012,” states ILS Market Update: When the Wind Blows and the Earth Shakes. “This figure still exceeds first-half totals for all years prior to 2012 other than 2007.” 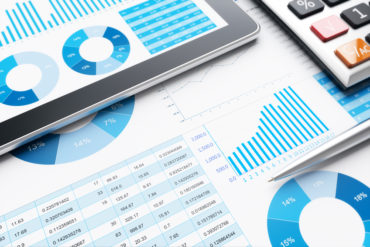 Of the 14 non-life Q2 catastrophe bond issuance noted in the report, the amounts ranged widely, from US$5 million to US$190 million.

Despite the strong issuance in the first quarter of 2016, “second-quarter take up has not been as fervent compared to previous years,” observes Bill Dubinsky, head of ILS at WCMA, the investment banking business of Willis Towers Watson.

That said, “sponsors continue to engage with ILS investors through various other products. Decreased outstanding volume created tighter risk spreads in Q2 for this type of ILS and better relative value for ceding companies versus private deals,” Dubinsky explains in a statement from WCMA.

“We expect this relative value gap to drive increased issuance of liquid ILS in response in the coming quarters,” he points out.

“As a market, we spend a lot of time thinking about a continuation of the status quo in the absence of disruptive influences,” the report states. “If you buy into the thorough non-scientific and perhaps irrational views expressed over the last few months, disruption will soon deliver some answers to important questions.”

WCMA reports that with hurricane season now under way and the expectation that 2016 will be a La Niña year, “there is unshakeable sentiment among quite a few involved in this year’s June and July 1 U.S. property catastrophe renewals that reinsurers and ILS investors will both take significant Cat losses. What happens next if this comes to pass depends upon whom you ask, but we expect capital will rush into the market post the next event,” the statement notes.

The expectation is “temporary capacity shortages and payback will significantly reduce impact compared to the past.”

In the report, James Vickers, chairman of Willis Re International, comments that in the last year, the reinsurance intermediaries’ role has evolved towards being a product neutral adviser.

“The developments in ILS market techniques and structures is rapidly levelling the playing field and is allowing intermediaries to demonstrate to clients that any administrative or structuring issues are of diminishing importance and the other attributes of ILS markets can be openly assessed,” Vickers explains.

“I see intermediaries as playing a continuing role with ILS markets to constantly improve the structures and techniques used to achieve the ultimate goal of parity with traditional reinsurance in terms of ease of use, access and overall efficiency,” he goes on to say.