Commercial insurance buyers in North America are likely to face rate increases for 2018 insurance programs as the industry continues to tally losses following one of the most “active and financially disruptive hurricane seasons in history,” according to Willis Towers Watson’s (WTW) 2018 Marketplace Realities report. 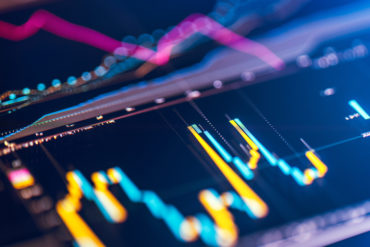 Published on Monday, the report serves as a guide for North American insurance buyers preparing for upcoming insurance program renewals. Marketplace Realities reports are published in the fall and updated every spring.

While market reaction to recent natural catastrophe events is still unfolding, the report indicates underwriters will be pushing for rate increases as they reconcile what is expected to be a significant earnings hit for many, and for some a potentially material capital hit. For those underwriters who need to dip into capital to fund their losses, the pressure to raise rates to replenish that capital could be unyielding, WTW said in the release. For buyers, this may mean the long soft market for commercial property insurance could be over, at least temporarily, and there may be upward pressure on rates in other lines of insurance.

In the property market, where there is a growing consensus that insured losses from recent catastrophes will exceed US$100 billion, WTW experts “expect to see some type of market correction” after insurers have a chance to estimate their ultimate losses. However, the pricing impact to buyers will likely not be manifest until the first or second quarter of next year, the company suggested.

There is still a high degree of uncertainty in forecasting price movement at this stage, but rates are forecast to potentially rise 10% to 20% for catastrophe-exposed risks and 20% to 25% for catastrophe-exposed risks with recent losses. Other property insurance buyers can expect flat rates or low single-digit increases, ending what for many buyers have been several consecutive years of annual decreases, WTW said. Meanwhile, according to the report, several factors could dampen the upward pressure on rates, including still-abundant capacity and what experts view as “still eager” alternative capital providers.

Other price predictions for 2018 include:

Casualty rates, which had begun to drift downward for many organizations, are predicted to be flat or increase by small amounts as pressure from the recent cat losses spills over into other lines of business. Auto rates for businesses will maintain their single-digit increases, while workers compensation rates are expected to be stable, moving one or two percentage points in either a positive or negative direction, the release added. For product recall – newly added to the Marketplace Realities publication this year to reflect growing interest in the product – WTW experts are predicting rates to range from –5% to +5%.

Despite the potential broad impact of nat cat losses, the report anticipates many of the specialty insurance lines of business to follow their own supply and demand curve. For example, the directors and officers (D&O) liability marketplace outlook is “not as soft,” as underwriters are mindful of potentially adverse D&O claims activity and looking for ways to avoid compounding the year-over-year impact of declining rate. For terrorism insurance, buyers should expect flat renewals rather than the decreases they have seen in recent renewals, WTW suggested. In the environmental insurance market, the high double-digit increases for combined environmental-casualty programs have begun to ease.

As well, the cyber liability insurance market remains robust with increased competition buoying market conditions. Demand for coverage continues to rise and supply of capacity is “more than keeping up,” according to the report. Despite a string of high-profile breaches, cyber insurance program renewals for both primary and excess cover are averaging only single-digit rate increases. Underwriters have offered premium decreases to organizations that are able to demonstrate increased levels of security and internal policy controls. Experts forecast rate increases of up to 5% for 2018.

“Now is the time for organizations to catalog the positive differentiators in their risk profile to set themselves apart from the pack at renewal time,” said Joseph C. Peiser, head of broking for WTW North America, in the release, urging organizations to “begin preparing now for changing market conditions. Noting that WTW will be working closely with clients to ensure programs are evaluated on individual merit to achieve the best possible outcome, Peiser also recommended that insureds “define their risk tolerances so they know where their ceiling is” if rates and retentions spike.