TORONTO – North American stock markets climbed amid positive signals in Canada and elsewhere about the strength of a post-pandemic rebound.

The good mood started with Chinese retail sales numbers moving back into positive terrain compared with a year earlier.

Industrial production accelerated in the U.S., business confidence was stronger than expected in Germany and Canadian factory sales increased for a third straight month in July.

“The gains that we’re seeing in Canada are largely consistent with that optimistic mood in the market and the improved appetite for risk in general,” said Candice Bangsund, portfolio manager for Fiera Capital. 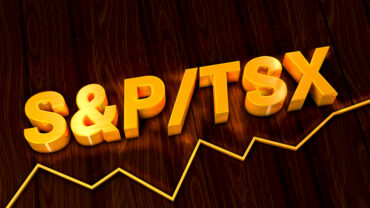 She said the risk-on trade was in equities, currencies, commodities, and bond yields.

“So that has added to, of course, that narrative for a faster-than-expected recovery in economic growth.”

On the virus front, she said, there’s been optimism regarding the potential for a successful vaccine from a couple of lead candidates in the last few days.

And investors are looking forward to Wednesday’s Federal Reserve meeting where a dovish approach is expected to continue with interest rates “pinned lower at these rock-bottom levels for an extended time.”

Nasdaq gained the most to partially recover from the tech-heavy market’s near five-per-cent loss last week.

“(Tech shares) sold off the most last week. Now they’re recouping some of those losses now that the mood has improved here this week,” Bangsund said in an interview.

The TSX was supported by a broad-based rally with only energy falling.

It lost 0.4 per cent as shares of several large energy producers were down despite higher crude oil prices. Husky Energy Inc. was down 1.9 per cent while Suncor Energy Inc. and Canadian Natural Resources were each off about one per cent in heavy trading.

Crude prices rose despite a sombre tone, slashing its demand outlook and raising its forecast for U.S. shale production.

“So of course those are two headwinds for the crude outlook but today the stronger economic data has largely countered those reports from OPEC and has sparked a strong rally in crude prices,” Bangsund said.

Real estate was the strongest sector on the day, followed by utilities and telecommunications.

The Canadian dollar traded for 75.90 cents US, unchanged from Monday.