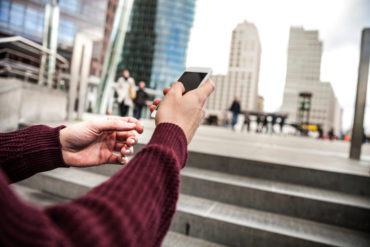 “The Northbridge Insurance policy is issued to RideCo, with both RideCo, RideCo drivers and vehicle owners as named insureds,” wrote a spokesperson for Northbridge, owned by Toronto-based Fairfax Financial Corp.

The Financial Services Commission of Ontario (FSCO) reported on its website that the Northbridge policy for RideCo took effect Dec. 1.

RideCo says it lets customers order van, taxis or private drivers (similar to UberX and Lyft) through a mobile app and share their rides with other passengers.

Northbridge Insurance is providing a standard automobile insurance policy (OAP1) “with both standard and non-standard endorsements,” the Northbridge Insurance spokesperson told Canadian Underwriter. “We believe our policy stands out because we have included a waiver of depreciation, and loss of use coverage while the driver is enroute to pick up a passenger or is transporting a passenger.”

The policy also covers them when drivers are logged in to the RideCo app and available to accept a trip.

RideCo says it lets customers book rides in advance and can choose from various options based on price, time, and location.

Other insurers covering ridesharing in Ontario include Intact Insurance, which announced that FSCO approved its commercial ridesharing insurance policy effective July 7. Intact said at the time that its product “will provide protection to all drivers and passengers who participate in ridesharing with Uber in Ontario.”

Intact’s coverage “will apply from the moment drivers make themselves available to accept a ride request until passengers have exited the vehicle,” the insurer said at the time.

“The amount of coverage under the ridesharing company’s policy may vary depending on whether the driver has accepted a request using the app,” FSCO warns. “The coverage can also be affected by requirements of the municipality.”

Aviva announced early in 2016 it would offer coverage in Ontario to “part-time drivers who spend up to 20 hours a week participating in ridesharing.” Aviva later announced coverage would be available in Alberta to ridesharing drivers.

Allstate Canada then announced that effective Aug. 22, it would offer an endorsement to Alberta firms operating transportation network automobiles.

Toronto City Council voted May 3 to implement, effective July 15, new rules for private transportation companies (PTCs), which would connect passengers with drivers using apps. Under the new rules in Toronto, PTCs require a license and $5 million in commercial general liability coverage. They are also responsible for ensuring that each vehicle has $2 million in liability coverage “as is required by taxicabs.” Uber Canada is now licensed as a PTC in Toronto.