BUFFALO NARROWS, Sask. – A northern Saskatchewan community is drying out after it was hit by what the province’s Water Security Agency calls a one-in-100-year rainstorm this week. 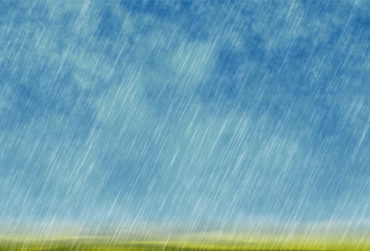 Environment Canada says the area in and around Buffalo Narrows was pounded Monday by more than 112 millimetres of precipitation that came down in less than 24 hours.

Streets were left awash and crews were still pumping water from yards on Tuesday, but village officials don’t believe any homes were flooded.

The area has been experiencing record wet conditions since mid-April.

The water agency says the Churchill River, which is already holding at or near peak levels, will rise even higher in the weeks ahead as runoff flows in from tributaries.

It’s advising boaters to use caution.

Theresa Chartier, the village’s administrator, says the Buffalo Narrows Park has been soaked all year, but the rain has resulted in water coming right up to the main gate.

“It was heavy rain, just like someone had taken buckets of water and thrown them on you,” she said. “It’s been very wet here in the northwest all year, and we don’t need any more rain events, I can tell you that.”

The Water Security Agency says areas upstream of Patuanak, east of Buffalo Narrows, are expected to see the most significant increase in flows and potential for flood damage.

The Churchill River at Patuanak was already near one-in-50-year levels prior to Monday’s rain.

“Less experienced users and those lacking local knowledge of the watercourses should avoid accessing them altogether, as deep, fast-moving water can pose a serious hazard,” said Patrick Boyle, an agency spokesman. (MBC)

Take a look at Buffalo Narrows, they saw 112 mm of rain fall in 12 hours, very different story in northern vs. southern #Saskatchewan pic.twitter.com/bNLBOZ1Gc9