Would you be prepared to wait almost two decades to defend your insured policyholder in an uncomplicated auto liability case? 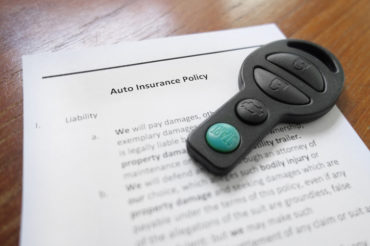 One insurer stuck it out for 18 years until finally, on Jan. 19, 2018, the Supreme Court of Nova Scotia dismissed the auto insurance tort claim that is remarkable for its lack of legal activity on the file.

“In criminal cases, people have a right to have their matters heard within a reasonable time,” Nova Scotia Supreme Court Justice Jamie Campbell ruled on Dec. 19, 2017. “Defendants in civil matters do not have the same constitutionally based right to be protected against a ‘culture of delay.’

“But they should not be forced to wait almost two decades with the uncertainty of a civil claim hanging over their heads, only to face a trial in which their ability to defend against the claim has been compromised. In this case, that is especially true, when there were so many stages at which the problem could have been easily resolved by just doing anything.”

William and Helen Creswell were injured in a motor vehicle accident in Maine in September 1999. Five years later, they sued the driver of the car in Nova Scotia. And for the next 13 years, the Creswells urged their trusted lawyers to move forward on the file, to no avail.

“The case has turned on itself, so that most of the little activity on it has been about its own inactivity,” Campbell wrote.

The case is marked by years of procedural stops and starts. Five years after the collision in Maine, the Cresswells sued the driver of the car in Nova Scotia. Their 2004 action expired after a year, in March 2005. The action was renewed for six months, expiring again in November 2007. The Cresswells made an application in October 2008 to renew the action, but it was adjourned.

The chief court clerk brought a motion to dismiss the action in September 2009. The motion was dismissed, and the matter was set over another six months for review. In March 2010, a judge granted “one last renewal” for six months and said no more renewals should be anticipated. The action was renewed, but it wasn’t served.

The court granted a motion to renew in February 2011, but the order was never taken out. At the request of the defendants, discoveries were held in October 2011. “When the discovery of Mrs. Creswell was done in October 2011, that was the last action taken to move the file forward,” Justice Campbell observed.

“Prior to this motion [heard in Halifax on Dec. 19, 2017], the defendants had not even heard from the plaintiffs or their counsel for six years. That’s six full years of silence.”

Meanwhile, the plaintiffs had been sending multiple messages to their lawyers since 2004, asking why there hadn’t been any action on the file. In one message, dated November 2013, William Cresswell noted the file had not been resolved in 14 years and that the time lag was getting ridiculous.

“Please don’t take offence but I am very concerned that because of this time delay, we are going to be ‘SOL’ with regards to any claim or settlement with AllState,” the email read.

Despite their best efforts to budge their lawyers, the court ruled, the Cresswells had an obligation to carry the matter to a conclusion, even if it meant abandoning their loyalty to their lawyers and retaining new counsel. The almost two-decade delay highly prejudiced the defendants and their insurers, because after that long, “memories fade,” as the judge wrote, and it would have been difficult to separate health issues arising out of the accident and those that happened during the intervening 18 years.