Investors wanting to keep their money out of nuclear energy, the arms industry or alcohol manufacturers are being targetted by American International Group Inc., which announced Thursday it is marketing a new dividend mutual fund. 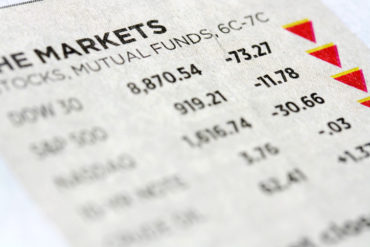 The screening process for the fund “excludes companies that, among other things, are significantly engaged in: the manufacture or distribution of alcoholic beverages, tobacco products, or military weapons; the production of nuclear energy; or the operation of gambling-related businesses,” AIG said in a release. The fund includes up to 40 stocks which pay dividends to owners. Rules for selecting the stocks also include dividend yield, profitability and valuation.

“Unlike some other socially conscious funds, the AIG ESG Dividend Fund invests in many types of businesses – even utility and energy companies – provided those companies perform well on ESG criteria,” AIG said in a release.

AIG is also an investor in WindMW, a wind farm in North Sea that supplies power to the German electricity grid, AIG said in its corporate citizenship report.

AIG “has aspired to be both a leader in the insurance industry and a responsible corporate citizen,” wrote Peter Hancock, then chief executive officer of AIG, in its 2015 corporate citizenship report.

Hancock resigned from AIG effective May 14. His replacement as CEO, Brian Duperreault, is also president of AIG and is on the board of directors.

After working for AIG and affiliates from 1973 through 1994,  Duperreault served as CEO of ACE Limited for 10 years. ACE changed its name in 2016 to Chubb Ltd. on completing its acquisition of The Chubb Corp.

Earlier this year, AIG and National Indemnity Company announced a deal in which AIG is paying NICO about $10 billion to cover 80% of the net losses and net allocated loss adjustment expenses on some of AIG’s long-tail exposures.

AIG announced in October it agreed to sell its commercial and consumer insurance operations in Argentina, Chile, Colombia, Uruguay, Venezuela and Turkey. The company that agreed to buy those operations is Fairfax Financial Holdings Ltd., the Toronto-based corporate owner of Northbridge, OdysseyRe and Crum & Forster.