Number of suspicious claims “at an all-time” high during COVID: RSA

“We are seeing more people committing insurance crimes that don’t have history of it,” Maher added. “We’re seeing an increase in insurance fraud by people who do have a history of it as well.”

Lori Craig, national underwriting consultant at RSA, said she believes the increase in fraudulent claims is driven by the financial issues that have arisen because of COVID.

“People just needing to offload vehicles, get out of leases, those types of things,” Craig told Canadian Underwriter. “We’re seeing a lot of claims coming through that we’ve fortunately been able to prove as fraudulent. It’s a huge increase over what we’ve seen in years past and it’s all driven by those economic factors.” 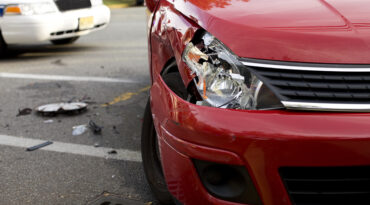 Maher and Craig were discussing the most frequent types of fraud RSA has seen throughout the pandemic, as well as the correlation between increased fraud incidence and times of economic downturn, among other topics.

In general, since there are fewer drivers on the roads, “the opportunity to falsify losses without witnesses has certainly presented itself,” Maher said. For example, drivers involved in an accident may not call the police as often or go to the hospital. “They’re claiming it’s all related to fear of catching COVID, when really it just provides them with an excuse to get out of reporting loss so that it’s confirmable.”

Fraud is not just confined to auto insurance. For fraudsters, opportunity knocks in the property space as well. “[Perhaps] you’ve got tenanted properties where nobody is paying rent,” Craig posited. She says RSA has seen instances in which people have deliberately started fires to try to get a claims payout.

The insurer is also experiencing an increase in water loss claims, “because there’s obviously not going to be any witnesses for that within your own home,” Maher said. “There’s no first responders that have to respond to the scene of a water loss.”

Returning to auto insurance fraud, people might be motivated to make a false claim if they are struggling to make their car or other insurance payments. Or they might falsify claims to help them pay off debts.

“We’ve also seen an increase in COVID-related charges from [repair] shops such as exorbitant cleaning fees and delays of repairs, [or] refusal to release vehicles as a result of a COVID-related holding period,” Maher said. 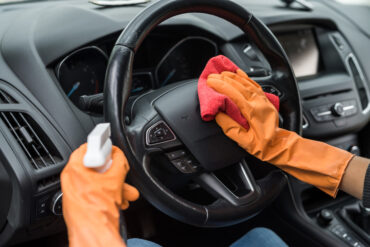 RSA has also noticed an increase in virtual telemedicine submissions. Telemedicine provides insurers with a safe way to receive medical care or treatment submissions, but it’s largely unregulated because it was ushered in quickly last year, Maher said.

“We’re seeing more accident benefits claims coming in through HCAI [health claims for auto insurance] that have ‘virtual care’ listed as the form of treatment provision,” Maher reported. “We’re definitely flagging claims more because of that.

“It’s very hard to prove [injuries are] not happening, or [that they’re] happening in a way that’s different from what they’re reporting, because nobody can go into the clinics and check,” Maher said. “There’s no real, official documentation that’s required to prove it happened.”

RSA’s findings are in line with those observed at FRISS, a P&C insurance fraud detection software company. FRISS said during a webinar last month that it has witnessed cases of body shops charging drivers extra cleaning fees and storage days for vehicle cleaning. It has also seen a rise in residential arson and water damage claims. And fraudsters are using COVID as an excuse to leave the scene of an accident.

Both RSA and FRISS pointed to a recent Insurance Bureau of Canada report that found insurance fraud tends to increase when the economy is in decline. According to a 2018 PwC economic crime survey quoted by IBC, times of economic turmoil often result in increased motivation to commit a crime, the opportunity, and the ability to rationalize when to commit fraud.

“For the rationalization piece that the PwC piece speaks to, during times of economic hardship, consumers can more easily fall into the mindset that the money they’ve spent on insurance premiums over the years entitles them to recoup some of that money when they’re struggling,” Maher said. “We see that happening either by creating false claims or by inflating legitimate claims, which is known as opportunistic fraud.”