Number, sophistication and severity of cyberattacks on Canadian companies on the rise: study

The number, sophistication and severity of cyberattacks on companies in Canada are each on the rise, with the average number of reported cyberattacks rising to 44 attacks per year, according to the findings of a new study. 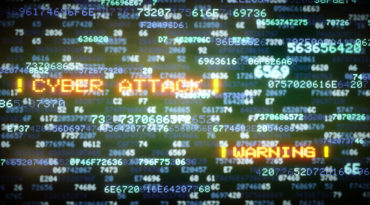 Scalar Decisions Inc. released the 2017 Scalar Security Study, commissioned by Scalar and independently by Ponemon Institute, on Thursday. The study surveyed more than 650 Canadian IT and security workers.

The study showed that confidence continues to decline among Canadian organizations for the third year in a row as fewer believe they are winning the quickly-evolving war on security. According to the report, the average number of reported cyberattacks on Canadian organizations rose to an average of 44 attacks per year, up nearly 30% since the initial survey in 2014. The vast majority of respondents also report that both the severity (81%) and sophistication (72%) of attacks are increasing.

“IT leaders are under pressure right now, feeling like there is a deficit of properly trained personnel available in the workforce,” suggested Ryan Wilson, chief technology officer, security, with Scalar Decisions, in a press release. “This has led to a distinct lack of in-house expertise, which is critical to a strong cybersecurity posture for Canadian companies. The increase in incidents and decreasing confidence we are seeing coincides with the growing sophistication, severity and cost of attacks.”

After examining the cybersecurity readiness of Canadian organizations and year-over-year trends in handling and managing growing cyber threats, the study also found:

“The overall picture being painted by the study’s results is the need for enterprise-wide adoption of cybersecurity strategy, and the investment in both technologies and individuals with hands-on experience,” added Wilson. “Organizations need trained personnel who understand how to react when faced with threats such as ransomware, spear fishing, and increasing incidents of rootkits.”

All responses for the 2017 Scalar Security Study were captured in October 2016 via a web-based survey conducted by Ponemon Institute. The final sample was 658 respondents from a sampling frame of IT and IT security practitioners located in Canada. Respondents came from a wide variety of industries, with almost 54% working at companies with an employee count between 251 and 5,000. The majority of respondents reported their position as at or above the supervisory level, the release said.

Scalar is an IT solutions provider, focused on security, infrastructure and cloud. Founded in 2004, Scalar is headquartered in Toronto, with offices in Montreal, Ottawa, London, Winnipeg, Calgary, Edmonton, and Vancouver.

Based in Traverse City, Mich., Ponemon Institute is dedicated to independent research and education that advances responsible information and privacy management practices within business and government.