It’s a common thing to hear in Canada’s P&C insurance industry: Although auto repair costs will increase in the short term because of advanced safety technologies installed in today’s vehicles, over the long haul, the frequency of incidents should decrease due to advanced driver assistance systems (ADAS) such as collision avoidance, park assist and adaptive cruise control.

“Theoretically, if you have ADAS in your car, you should get in fewer accidents and potentially have lower impact and less damage. That’s the theory,” said Hans Littooy, vice president of consulting and professional services with Mitchell Auto Physical Damage. 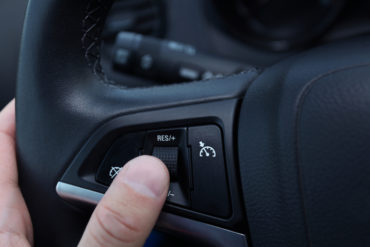 But in reality, recent data testing this hypothesis for the latest generation of vehicles with ADAS (2017 and 2018 models) is “not mature enough to draw conclusions on the repair costs of these vehicles compared to their prior generation without ADAS.”

However, a Mitchell International study from last quarter compared the latest redesigned ’16 and ’17 models to their predecessors. The results of the study were counter-intuitive: putting parking assist sensors, wave radar systems, front-end and rear-end cameras, as well as more elaborate front lamp systems is adding an average of 19% to the repair costs for front-end or rear-end repairs.

Since the collision data on recently refreshed or redesigned vehicles is still maturing, especially for 2017 and 2018 models, Mitchell compared recently-redesigned vehicles and directly compared their repair costs to their previous-generation counterparts. This was done to yield an accurate apple-to-apple comparison on the potential repair costs, Littooy wrote in the study, which looked at 30 vehicles from model years 2016 and 2017. Higher-selling vehicles, including a cross section of subcompact vehicles to luxury sports utility vehicles, were selected to see the impact of technology advances on claims severity.

The data showed that although not every newly redesigned vehicle experienced an increase in claims severity, most do. The biggest factors driving up costs were the increased use of sensors, radar systems (especially on luxury vehicles), and headlamps on redesigned vehicles. For example, in the redesigned 2017 Chevrolet Cruze, although the new model year did not include more sensors, the cost of the headlamps increased by more than US$300 each, attributing to most of the cost increase from the prior generation.

Underwriters may want to consider additional repair cost information to price policies for the latest generation of vehicles more accurately, Littooy wrote. Traditionally, actuarial departments have used other factors to price insurance policies for new redesigned vehicles, he added. But this may need to change with the advent of special technology like high-strength steels, aluminum and carbon fibres, as well as advanced technology now being introduced rapidly into the latest designs.