If any of your clients have Economical Insurance policies, changing to a stock-owned company could make them joyful and triumphant, especially if they have mutual policies.

“O come all ye policyholders” is something the industry could hear soon from Waterloo, Ont.-based Economical, though not necessarily using those exact words.

In order to continue on its path towards demutualization, Economical needs to schedule a meeting of all eligible policyholders, of which there are more than 600,000. At the time of writing, the meeting had not been scheduled. Before scheduling such a meeting, the insurer needs permission from the Office of the Superintendent of Financial Institutions. 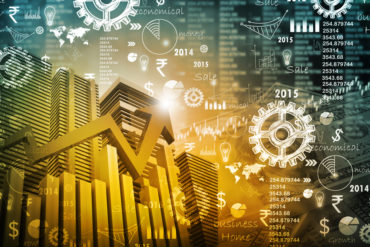 More than 99% of Economical’s eligible mutual policyholders – of which there are about 1,000 – voted this past March in favour of a conversion proposal released about a year ago. That cleared a major hurdle to demutualization.

Economical is the first federally-regulated P&C insurer to start the demutualization process. At the time of writing it was the only one to do so. Gore, Wawanesa and Heartland are among the mutuals who plan to remain that way. Four life insurers demutualized about 20 years ago.

“The average eligible mutual policyholder could receive demutualization benefits with an approximate value of $300,000 to $430,000,” Economical said in a document released about a year ago.

Non-mutual policyholders can also benefit from demutualization but they would receive much less.

Assuming Economical does demutualize, the plan is for the firm to be traded on the stock exchange. The estimates of up to $430,000 – in potential benefits – are based in part on an estimate of how much Economical would have been worth if it had become publicly-traded in May, 2018.

That said, it might be premature for Economical clients to sing in exultation.

The Board of Directors could conceivably vote to terminate the process any time before the federal government issues letters patent – if the board considers that to be in the best interest of the company.

Demutualization will also not happen if the all-policyholders meeting of policyholders is not held within a year of the OSFI giving Economical permission to hold the meeting.

In 2017, Economical CEO Rowan Saunders told brokers his firm is “on the path” towards a public stock offering.

“The clock is running and that means we are doing different things,” Saunders said during the CEO panel at the 2017 annual convention of the Insurance Brokers Association of Ontario in Ottawa.

“We are getting the culture of the business ready to adjust to public company expectations,” Saunders said at the time. “We are standing up a digital direct business – that’s the Sonnet business – which we are trying to do in a very respectful way to our broker partners, and then there is the commercial strategy. We are primarily an SME – small middle commercial business. And we are looking to juice that up but also expand our appetite and capabilities into other segments.”