Alberta’s oilsands are at the centre of a closely watched court battle in New York today.

The state’s attorney general is accusing Exxon Mobil of misrepresenting the risks the operations face as governments move to fight climate change. 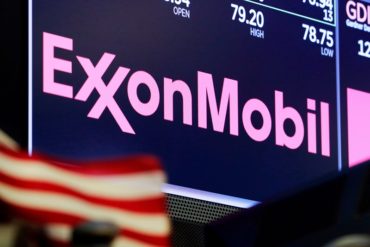 FILE – In this April 23, 2018, file photo, the logo for ExxonMobil appears above a trading post on the floor of the New York Stock Exchange. New Yorks attorney general is accusing Exxon Mobil of lying to investors about how profitable the company will remain as governments impose stricter regulations to combat global warming. The lawsuit is set to go to trial Tuesday, Oct. 22, 2019. (AP Photo/Richard Drew, File)

Exxon is a major player in the oilsands through its subsidiary Imperial Oil.

The state alleges false estimates concealed risk from investors and inflated the value of Imperial’s assets.

The company’s lawyer has testified that Exxon did nothing wrong, and called the accusations bizarre and twisted.

The state claims that low carbon cost estimates falsely extended the economic life of some assets. It alleges the life of Imperial Oil’s facility in Cold Lake, Alta., would be 28 years shorter if assigned a true carbon price.

It also claims carbon costs at the Kearl project in northern Alberta were understated by 94 per cent.

Exxon has tried and failed twice to block the case. It says the lawsuit fails to account for the different ways the company accounted for increasingly strict climate regulations.

This report by The Canadian Press was first published Oct. 23, 2019.