OKLAHOMA CITY – Oklahoma regulators said Tuesday that the number of induced earthquakes could increase as oil and gas production expands in a broad area of the state, and they’re telling energy companies that they need to be ready to shut down if a temblor exceeds magnitude 3.5. 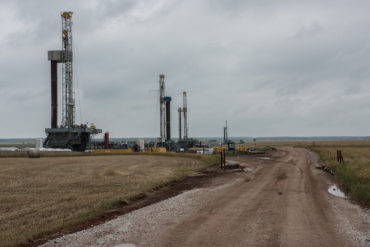 The Oklahoma Corporation Commission’s Oil and Gas Conservation Division and the Oklahoma Geological Survey have developed new guidelines to help producers deal with the risks of earthquakes linked to hydraulic fracturing in drilling oil and natural gas wells in parts of the state where new development is underway, officials said.

The commission said the South Central Oklahoma Oil Province and the Sooner Trend Anadarko Basin Canadian and Kingfisher counties fields in central and southern Oklahoma are expected to account for most new oil and gas activity in the state.

Researchers have linked the rising number of earthquakes in parts of the state to the underground disposal of wastewater from oil and gas production. Regulators said the new operations shouldn’t produce as much wastewater as in other regions where earthquakes of magnitude 5 or stronger have occurred.

“There is broad agreement among researchers that disposal of these large amounts of water into the state’s deepest formation can be linked to the high earthquake rate,” said Tim Baker, director of the commission’s Oil and Gas Conservation Division. By comparison, the regions targeted for new drilling produce only small quantities of water.

But state seismologists found that some small earthquakes in the regions might be related to hydraulic fracturing, a process used to enhance production by injecting a mix of water, sand and chemicals under high pressure.

Unlike areas of the state that experience strong earthquakes linked to disposal activity, “response to seismic activity that might be related to hydraulic fracturing can be more precisely defined and rapidly implemented,” Oklahoma Geological Survey Director Jeremy Boak said.

A spokesman for the energy industry said producers are ready to implement the new guidelines.

“As the data indicates, these seismic events have been small, rare and manageable,” said Chad Warmington, president of the Oklahoma Oil & Gas Association. The new guidelines will help manage seismic activity and protect development of the areas, Warmington said.