The industry could do a better job of explaining to commercial clients exactly what business interruption insurance actually covers, A.M. Best Company Inc. suggests in a report released Monday.

“Disputes over BI cover are unfavourable for the reputation of affected insurers and the overall industry,” A.M. Best said in its Feb. 1 report, U.K. Commercial Property Insurers—Looking Beyond a Difficult 2020. “Going forward, it is important that transparency is improved, and that the industry ensures that there is greater clarity as to what is covered in a BI policy so that insureds understand exactly what they are buying cover for.”

The U.S.-based ratings agency was referring to the British Financial Conduct Authority’s test case, in which the regulator brought eight insurers to court over 21 business interruption wordings.

“In response to the (Jan. 15) judgment, affected insurers are expected to increase their COVID-19-related BI loss estimates,” A.M. Best said. 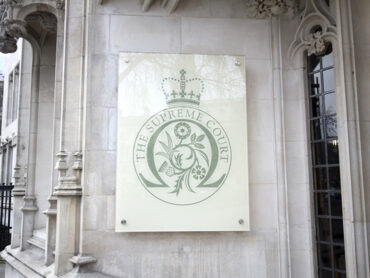 The U.K. Supreme Court ruling is only binding in Britain, but will likely be cited in Canadian BI coverage disputes. Ultimately, it arose from government-imposed restrictions in Britain affecting entire industries after COVID-19 was declared a pandemic in March 2020. Many clients saw their business interruption claims denied.

“But the Supreme Court of the U.K. has provided a lot of guidance, even if the policy language is not exactly the same as the language in any of the 21 wordings in the FCA test case,” said Charleston.

The result of the Jan. 15 U.K. Supreme Court ruling was mixed but mostly in favour of claimants.

None of the policy wordings in the test case required property loss or damage. Instead, the  wordings in the test case generally fell into one or both of two categories. One category of wording covers income loss if the client’s operations are curtailed because of a “notifiable” disease within a certain distance (one mile or 25 miles) of the client’s premises. The other category covers BI arising from action by a government or civil authority that prevents or hinders access to the premises. Insurers in the FCA test case argued none of those 21 wordings should cover COVID-19.

Generally speaking, the COVID-19 BI coverage disputes have highlighted the potential for a gap between the insurer’s and the client’s understanding of what is covered by the insurance contract when policy wording isn’t sufficiently clear, A.M. Best said in the report.

A big part of the FCA test case in Britain was about policy wording covering business interruption from the occurrence of a “notifiable disease” within 25 miles of the premises. Much of the argument was over what happens when a loss is caused by a combination of causes, some of which are insured and some of which are not insured.

The U.K. Supreme Court agreed with insurers in principle about the importance of the causal connection between COVID’s presence within 25 miles of the business and the cause of the interruption. But in the context of COVID-19, the “but for” test for causation can lead to an absurd result, the court added.

“Whether an event [that] is one of very many that combine to cause loss should be regarded as a cause of the loss is not a question to which any general answer can be given. It must always depend on the context in which the question is asked,” the U.K. Supreme Court wrote.

The court drew a comparison to 20 people who push a bus over a cliff. “Assume it is shown that only, say, 13 or 14 people would have been needed to bring about that result. It could not then be said that the participation of any given individual was either necessary or sufficient to cause the destruction of the bus. Yet it seems appropriate to describe each person’s involvement as a cause of the loss.”

In the FCA test case, the U.K. Supreme Court provided a “very broad definition of causation,” Charleston told Canadian Underwriter after the decision was released.

“The Supreme Court said you don’t have to apply a ‘but for’ causation test to the one occurrence of a notifiable disease within the distance of the premises stated in the policy. Instead, the U.K. Supreme Court said if there is at least one case of COVID within the prescribed distance of the premises, that this case of the disease is inextricably connected to the other occurrences of the disease, and all of those occurrences together form an equal part of the cause of the harm,” Charleston told Canadian Underwriter.

Charleston describes as the “money quote” in the ruling as when the U.K. Supreme Court wrote the following:

“… there is nothing in principle or in the concept of causation which precludes an insured peril that in combination with many other similar uninsured events brings about a loss with a sufficient degree of inevitability from being regarded as a cause – indeed as a proximate cause – of the loss, even if the occurrence of the insured peril is neither necessary nor sufficient to bring about the loss by itself.”

More News
Related
How IBAO wants brokers to treat pandemic business interruption losses
The advice some lawyers give commercial clients over pandemic BI coverage
Is the risk of coronavirus a ‘physical loss’ to the property?
Insurers adding pandemic exclusions in commercial policies that go beyond just BI