The pros and cons of consolidation in the tech vendor space

When there is consolidation in the industry, concerns about the erosion of choice is common. And the tech vendor space is no different. 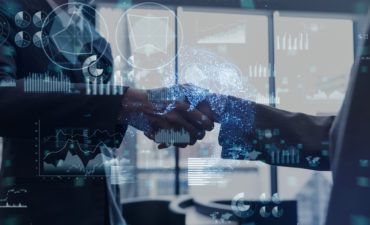 “I think that my broker colleagues are all very well-justified in wanting to pay close attention to what happens next because we don’t want to see a situation where there’s a monopoly and people lose their power as the customer,” Brenda Rose, vice president and partner at FCA Insurance Brokers and a past president of the Toronto Insurance Council, told Canadian Underwriter Wednesday. “I would hope that Applied would see this as well as an opportunity to really accelerate some development on integration.”

Rose was referring to things like the D/X Initiative and application programming interfaces (APIs) that use standards and are flexible for multiple communicants. “We’re already seeing the next layer of development in our marketplace that assumes that integration is possible and requires us to be able to move data and analyze it, so our basic BMS tools are just foundation of that.”

Steve Whitelaw, Applied’s vice president of industry and partner relations, told Canadian Underwriter last month that it is going to continue to integrate with other broker management systems that currently integrate to Policy Works. “There are competitors today that integrate with Policy Works and we will maintain those integrations,” he said. “Out of the gate, there will be no impact, so customers would continue to deal with their sales contacts and their service contacts that they’ve historically dealt with.”

This was met with approval from Rose, who shared her thoughts with Canadian Underwriter when asked about market concentration in the tech vendor space. “If they take that attitude forward, that’s what we need as their customers and as businesses,” she said. “We need to have those BMS systems that are the backbones of our operations. Fundamentally, we need to be able to pick and choose among those tools and know that our basic systems – our brokerage systems – will be able to adapt to any of those.”

There is also an upside to concentration, since it is bringing new players into the marketplace, Rose said. “So, the Acturis acquisition of Power Broker is bringing a new player and new capital for the organization into this market for development,” she used as an example. “So I don’t think it’s fair to characterize it as all negative.”

Policy Works made the decision to merge with Applied to take their capabilities to the next level, as Rose noted, and Applied equally needs the capabilities of Policy Works. “You put those two together, it’s equally powerful,” she said. “That’s a good thing, if it enables more people to do more things. It’s a bad thing if people start feeling like they’re being taken advantage of, so that’s the other thing Applied needs to make sure doesn’t happen.”