One cannabis risk that seems under the radar

With the legalization of recreational marijuana, more needs to be done to warn people of the health risks, including psychosis, a speaker told insurance claims professionals Tuesday.

“One of the things I am most disappointed about is that, in the communication around cannabis, we tend not to have really communicated the fact that – particularly if you are younger – there is a certain percentage of the population that has a genetic predisposition to psychosis if they take cannabis,” said Paula Allen, vice president of research and integrative solutions for Morneau Shepell Inc., a Toronto-based consulting firm that provides employee assistance programs.

In Canada, it is no longer a criminal offence for people under the age of 18 to possess up to five grams of dried cannabis. Adults can legally possess up to 30 grams. The legalization took effect Oct. 17, 2018. 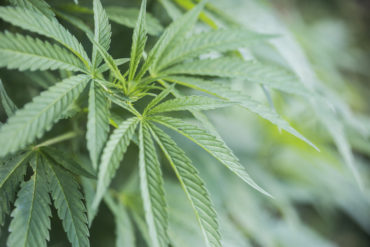 Before Oct. 17, cannabis was legal for medical use with some restrictions.

With medical use of cannabis and the legalization of recreational cannabis, “there are some positives, in some people’s view,” Allen said Tuesday during the annual joint conference of the Ontario chapters of the Canadian Independent Adjusters’ Association and the Canadian Insurance Claims Managers Association.

“There is also a health risk issue of significant enough consequence that I am personally disappointed that there is not more communication around it,” Allen said during her presentation, Managing Staff Burnout – Tips and Tricks to Survive in Today’s Atmosphere.

The joint conference was held at the Metro Toronto Convention Centre. Allen was discussing the effect that exposure to toxins like drugs and alcohol can have on employee health. Mental health issues are more common in workplaces than some might think, Allen suggested.

In a survey of working Canadians, Morneau Shepell found that one-third of respondents either currently have or have had a mental health issue. More than a quarter (27%) of respondents  say they have “symptoms of stress that interfere with daily life,” Allen said.

“Stress is a part of life, but stress is also an engagement issue. And stress is a retention issue, with 45% of employees saying they have thought about leaving the organization in the next 6 months specifically due to stress.”

Morneau Shepell asked employees who had been through “organizational change” how it impacted them. Organizational change could include mergers or changing a specific person’s job description. Some respondents said organizational change was a good thing – it fixed a problem, for example, said Allen. “A much larger proportion said it had a negative impact, not only in the perception of the company but also in personal health and well being.”

2 Comments » for One cannabis risk that seems under the radar