One key ingredient missing from this province’s auto reform proposals

Newfoundland & Labrador has introduced a slew of changes intended to help stabilize insurance rates – and a cap on minor injuries, implemented in many other Canadian provinces, isn’t one of them. 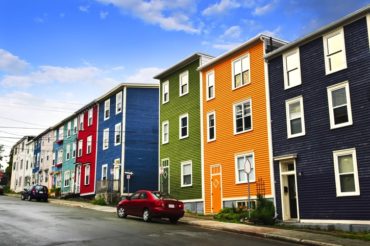 Instead, the provincial government is proposing to raise its existing deductible on bodily injury claims from $2,500 to $5,000.

Canada’s home, auto and business insurers, represented by Insurance Bureau of Canada (IBC), had called for a cap on minor injury claims while the province’s insurance regulator, the Public Utilities Board (PUB), was preparing a report on how to lower insurance rates in the province.

The insurance industry notes that the current deductible is not working. LowestRates.ca, a fintech that does rate comparisons, reports the average annual auto insurance premium in Newfoundland and Labrador is $1,132 – about 35% more than the next-highest premium in the Maritime provinces ($842 in Nova Scotia, which has a cap on minor injuries).

The Newfoundland & Labrador PUB made no recommendations on the minor injury cap, essentially punting the ball to the politicians to decide. Newfoundland’s Liberal government recently opted to raise the current deductible from $2,500 to $5,000 instead of implementing a cap on minor injuries.

“We could not find a common ground,” CBC quoted Service NL Minister Sherry Gambin-Walsh as saying about the cap. “There was no consensus among the public or the stakeholders on this matter.”

During the province’s hearings on the auto cap, the insurance industry made the point that deductibles for personal injury awards do not move the needle on reducing auto insurance rates unless the deductibles are set high enough. The province’s consumer advocate, who opposed the cap, noted that even with the deductible set at $10,000, the average premium savings in Newfoundland & Labrador would amount to only $65 a year.

The increased deductible was only one among a package of proposals announced by Newfoundland and Labrador’s government on April 15.  Other key proposals included:

“When we initiated the [auto insurance] review, our goal was to identify opportunities to keep rates as low as possible and help bring stability to the industry,” Gambin-Walsh said in a statement announcing the proposed amendments. “We recognize that we cannot provide a single quick fix for the high insurance rates in our province but, together, the amendments we have introduced today will help achieve our objective.”