Canadian businesses are taking a pass on terrorism insurance because they are not convinced they face a high enough risk to warrant the extra premium of at least $2,500 a year, brokers say. 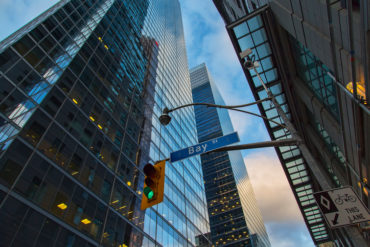 Property and commercial general liability policies tend to have terrorism exclusions, so there is an incentive for businesses to protect themselves against damage inflicted by terrorist acts that are occurring with increasing regularity.

But coverage for terrorism “is a difficult product to sell in Canada” because many small and mid-sized customers do not believe “the risk is great enough to warrant the protection,” Nick Kidd, chief executive officer of April Canada, told Canadian Underwriter Wednesday.

What’s the issue? Pricing, says one managing general agent. Depending on whose market you go to, some companies have minimum premiums to add in terrorism coverage, says Doug Everett, a director with CHES Special Risk Inc.

“From a product standpoint, we are seeing some evolution of the product to provide a greater focus on denial of access, and loss of attraction,” Kidd said. Coverage for denial of access and loss of attraction “essentially provides a business interruption coverage where the insured property itself is not damaged, but the business is impacted due to evacuation, police cordon, and subsequent avoidance of the area,” Kidd noted.

Related: How a terror attack could spawn E&O claims against brokers

Since the hijacking Sept. 11, 2001 of four passenger airplanes in the Eastern U.S., “the global terrorist threat situation has gotten worse,” researchers for the Singapore-based International Centre for Political Violence and Terrorism Research wrote in a recent issue of the Counter Terrorist Trends and Analyses journal. “Despite the invasions of Afghanistan in 2001 and Iraq in 2003, forty percent of the former is under the Taliban control while until late last year, large swathes of territory in Iraq and neighbouring Syria were under the control of the Islamic State.”

The Criminal Code of Canada defines as terrorist act as one that is for a “political, religious or ideological” purpose and where the perpetrator intends to either intimidate the public or compel an organization to do something or refrain from doing something.

In 2016 there were 96 terrorist attacks in North America and Western Europe, Aon plc reported in its Terrorism and Political Violence Map and its Political Risk Map, released in April, 2017.

The definition of terrorism varies “from insurer to insurer, but for most of the events that have occurred around the world, there is potential from some recovery under a terrorism policy,” James Gregory, Aon Canada’s regional director for crisis management, told Canadian Underwriter shortly after Aon released its terrorism and political violence maps for 2016.