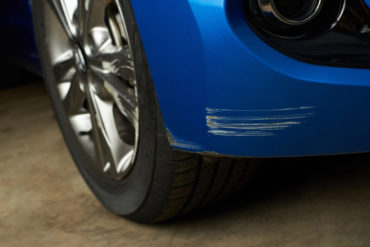 Vehicle technology is designed to reduce crashes – or at least, the severity – but insurance brokers shouldn’t expect to be able to offer their clients any relief when it comes to their premiums.

That’s because all the technology going into new vehicles to keep people safe is driving up the cost of repair.

How much? Aviva Canada told Canadian Underwriter that the total cost to repair a vehicle went up 5% in a one-year span from 2017-2018. And that doesn’t include rentals, towing and other costs that go into a claim.

It’s getting expensive to fix vehicles to the tune of thousands of dollars more than it used to. An airbag sensor in a quarter panel went up $1,100 from 2014 to 2017, while another $1,800 has been added to the LED headlamp assembly. A front bumper sensor has gone up by $950 in that timespan.

“This is why the number of write-offs continues to escalate because of the amount of money in the bumpers in these systems means that even low-speed accidents can move the car into a total write-off situation,” said Andrew Shepherd, director of industry programs with the Automotive Industries Association of Canada, an Ottawa-based national group representing the automotive aftermarket in both mechanical and collision repair.

“All of the sensors are connected to the computers and the money it takes now to fix those and to recalibrate is climbing rapidly.”

At the very least, driver assistance technology can help reduce the number of crashes – even though it isn’t quite just yet – which can help mitigate future premium increases, noted Phil Gibson, managing director of personal insurance at Aviva Canada in Toronto.

“It drives consumers and drivers crazy. I wish we had a good answer for them other than there’s no substitute for safe driving,” he said.

Getting vehicles fixed also can’t be done by just anybody. A repairer on newer vehicles operates more like an IT technician than the old mechanic many are used to seeing.

“A lot of these vehicles after they’re repaired need be certified, so there’s the highly skilled labour and the certification process that needs to happen. That again drives up the cost,” Gibson said.

Even though technology like autonomous emergency braking is helping stop low-speed crashes and turning high-speed collisions into low-speed ones, the slightest damage to a bumper, for example, can still have high repair costs.

Even the simplest incidents can be costly. Take a shopping cart that rolls away in a parking lot and hits the bumper of a car and leaves a scratch. While the car owner may not want to bother with getting it fixed, the carmaker would say not only is the repair needed, but also recalibration. A scratch is no longer just a scratch – the impact of the shopping car hitting the vehicle could off-set a sensor. Even putting too thick a coating of paint could block the sensor from doing its job, collision experts say.

Suddenly, a possible do-it-yourself fix is now much more complicated.

“It’s industry-wide – we see the newer cars, the newer technology that is being in them, driving up the cost to repair,” Gibson said. “That does get passed on to the consumer who wants to buy the newest and latest car.”