One theory why Lloyd’s underwrites so much Canadian business

Insurance professionals fresh to Canada’s property and casualty insurance market from Europe may notice how much of Canada’s commercial business is underwritten by Lloyd’s of London. 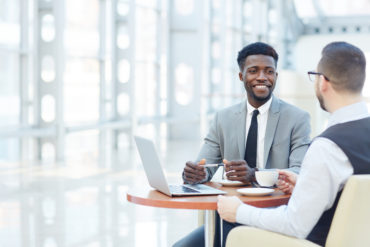 “Lloyd’s (as a market) is again the largest commercial writer in Canada [in 2017], taking that crown from Intact back in 2015,” MSA Research noted in its most recent Q4 report.

Its presence in Canada is getting bigger. According to MSA Research, Lloyd’s saw an 8.5% increase in direct premiums written in 2017, and a dramatic 33.2% drop in claims, yielding a combined ratio of 87%, a huge decrease from its combined ratio of 117% in 2016 (the year of the Fort McMurray wildfire).

It’s a common quip among Canadian P&C brokers that if all else fails, the European-based market will likely find a way to underwrite the business.

So, how did Lloyd’s acquire this fearless reputation? When it comes to underwriting, does the Lloyd’s market go where Canadian domestic carriers dare not tread?

There’s another theory for success of Lloyd’s in Canada. That is, the market benefits from the European tradition of selling insurance face-to-face on a handshake, after a tough negotiation with a broker, rather than underwriting by computer.

“A lot of underwriting in the Canadian marketplace is done by computer, so you put the information into the data catch area of your software system, and if the computer says ‘No,’ the computer says ‘No,’ observes Gary Hirst, president and CEO of CHES Special Risk Inc. “Essentially it’s more career-threatening to say ‘Yes’ and write a piece of business than it is to say ‘No,’ and decline.”

In contrast, Hirst said, in the U.K. market, insurance professionals are more inclined to find a way to write the business. For example, in a North America context, a client with two claims in five years may be declined by a piece of software. But in the U.K. context, if a water damage claim happens, and the broker explains to the insurer why the damage occurred — and that the damage has been repaired —the underwriter may go ahead and accept that piece of business (perhaps with conditions).

Hirst said underwriting by software in Canada is primarily a byproduct of the country’s size and the long distance between provinces and territories. If a brokerage on the east coast wants to place business with a west coast insurer, for example, the transaction is likely to be done by email. And thus, the east coast broker is reliant on the west coast underwriter to be in a mindset to accept the business when that email arrives.

“Lloyd’s underwriters don’t write by computer,” Hirst said. “It’s literally face-to-face negotiation. I find that that is a big difference between the Lloyds market and the North America market….“When you [as a broker] are dealing with a domestic insurer in the U.K., you are probably more likely to drive around there, pick up a cup of coffee with the [underwriter] and have a discussion than to send an email.”