One in three Americans hacked in the past year, new HSB cyber survey finds

More than one-third of consumers in the United States experienced a computer virus, hacking incident or other cyberattack in the past 12 months, according to a new survey by Zogby Analytics for The Hartford Steam Boiler Inspection and Insurance Company (HSB). 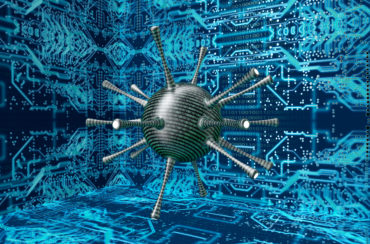 International Research firm Zogby Analytics was commissioned by Hartford, Conn.-based HSB to conduct an online survey of 1,500 adults in the United States, the results of which were released on Tuesday. Based on a confidence interval of 95%, the margin for error is plus or minus 2.6 percentage points, meaning all other things being equal, the identical survey repeated will have results within the margin of error 95 times out of 100.

The nationwide survey found that young adults aged 18 to 24 were the most likely victims (42%) and victims of cybercrimes almost always spent money to recover from the attack, primarily to restore data and purchase software. In 23% of the cases, people spent between US$1,000 and US$5,000 per incident, while 56% spent less than US$500, HSB said in a press release.

“Consumers rely on smartphones, personal computers and tablets for virtually every aspect of their lives,” said Timothy Zeilman, vice president and counsel for HSB, in the release. “Their personal information is stored online and increasingly their home systems are connected to the Internet. The threat to cybersecurity for individuals and families is significant and growing.”

The top two concerns among consumers were potential cyberattacks (66% “somewhat” or “very” concerned) and online fraud (62%).

A cyber extortion threat or demand was experienced by 11% of respondents and 71% of the incidents involved demands for money to unlock fraudulently encrypted data. More than half of those affected (53%) refused to pay, although some paid multiple times — 15% of them four or more times, according to the survey.

HSB, a member of Munich Re’s Risk Solutions family since 2009, is a specialty insurer providing equipment breakdown, other specialty coverages, inspection services and engineering-based risk management. The company offers a range of insurance products and services that addresses the risks to consumers and businesses regarding identity theft, data breach and cyberattacks.