Do you find it difficult to drag yourself out of bed in the morning and get yourself to work on time? Or are you sick of traffic jams frustrating your morning commute into the office?

If you’re late for work as an insurance employee, you’re a lot like other Canadian workers – and you’re probably about twice as tardy as your American counterparts. 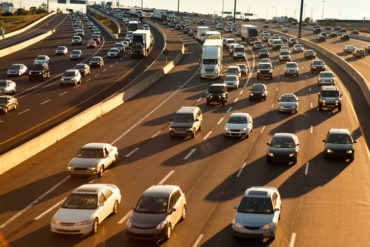 If you look around you, every other person you see in your Canadian office has been late for work at least once a month, according to 2015 statistics from Canadian job site CareerBuilder.ca.

The website reported that 55% of workers were late to work at least once a month, according to a survey of more than 500 workers and 400 employers across the country.

What excuses are you telling your boss? Traffic is cited as the most common cause of lateness (27%), followed by bad weather (19%) and problems with public transportation (13%). Getting children to school or daycare was a roadblock for 9% of workers, while lack of sleep slowed down 8% of respondents.

Your counterparts in the American insurance workplace were better at showing up to work on time, based on recent survey results reported on Thursday by the American version of job site CareerBuilder.com. The results were based on a poll of more than 1,000 U.S. hiring and human resource managers, and more than 800 private sector workers.

While almost everybody has experienced a time when the alarm didn’t go off, the car wouldn’t start, or the bus was late, some people polled for the American study had some more creative excuses for being late. When asked about the most outrageous excuses employees have given them for being late, employers shared the following: