While many in the P&C industry view IFRS 17 as an expensive time-suck that offers “no business value,” others believe the new financial standard could be a boon for product pricing. 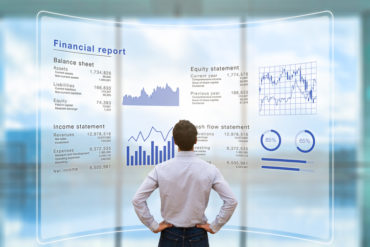 “One thing I’m really hoping that IFRS 17 [can do] is bring pricing discipline,” Jacqueline Friedland, chief actuary at RSA Canada, said Wednesday at the Canadian Insurance Financial Forum (CIFF). “I think it’s an opportunity [in Canada] to tidy up the standards on pricing aspects.”

“There can be a significant pricing benefit, if the industry does it the right way,” agreed Jonathan Turner, senior vice president and chief financial officer of Swiss Re’s Canadian Operations.

For example, companies pricing their products would benefit from IFRS 17’s clarified standards and key accounting assumptions at the individual company level. Concepts such as “Day 1 losses,” for example, may be better understood.

Turner suggested companies would also be able to better price products based on a broader understanding of the health of the entire industry. The new standards would allow for an improved comparison of company results across the industry as a whole, allowing for a faster recognition of when pricing adjustments may be required.

International Financial Reporting Standards (IFRS) represent an effort to harmonize accounting standards so that there is a common global understanding of financial statements and terms.  The use of IFRS became a requirement for Canadian publicly accountable firms in January 2011.

Anticipated as of Jan. 1, 2021, insurance companies will be required to use the updated version of the standards, IFRS 17, which significantly change how insurance companies report their financial results. At a high level, some key features include:

Insurers that have started preparing for IFRS 17 describe the transition process as more of a marathon than a sprint. Companies adopting IFRS 17 should be prepared to play a game of “hurry up and wait,” they say. Regulators, for example, still need to publish their positions on various assumptions and definitions.

Alister Campbell, a senior fellow at CD Howe Institute, as well as a former chief executive at The Guarantee and Zurich in Canada, observed that Canadian insurers have done a lot of work to update their operations to account for IFRS 17, when the standard isn’t even adopted in the United States. The U.S. still uses the generally accepted accounting principles (GAAP), a different version of which was employed in Canada prior to the adoption of IFRS in 2011.

“Public companies, in their quarterly releases, carefully show how the business is performing and then on the back page, they have a reconciliation to GAAP because the numbers they are presenting to people who are actually trying to understand what’s happening in the business have nothing to do with financial statements,” Campbell observed, offering his personal comment as a member of the audience. “A financial statement’s primary market should be people who want to understand how a company is doing.

“I am very concerned to hear descriptions, two and a half years from implementation [of IFRS 17], that ‘It’s hard to visualize what the statement will look like.’ ‘What will replace the combined ratio as a way to [measure the health] of my business?’ ‘I’m not sure what Revenues is going to look like.’

“I’m wondering whether we haven’t created a whole other level of financial reporting – systems costs, external consultants costs, more actuaries—and we’re going to end up having to produce the old way of things, just so people can tell what’s going on.”