One-year suspension for broker who involved unlicensed spouse in renewals

B.C. broker Elliott Herrera had his license suspended for a year after the provincial regulator found that he had his unlicensed spouse assist him with insurance activities. 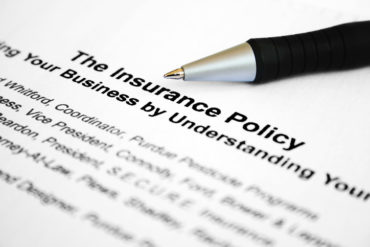 Once his spouse had obtained an insurance licence, Herrera then provided client information belonging to the brokerage where he was employed to his spouse and her employing brokerage (Agency B), the Insurance Council of B.C. found in an order released on Jan. 5.

In its decision, council said the broker thought “it would be more effective if his spouse held an insurance licence… but believed that she would also become overworked [at Herrera’s brokerage] and decided she should work at Agency B.”

Herrera worked full-time at his brokerage, primarily conducting auto insurance business at motor vehicle dealerships, the council decision notes. His brokerage conducted an investigation after it found that four clients who were under Herrera’s responsibility were unaware that their Insurance Corporation of British Columbia (ICBC) Autoplan policies had been renewed through his spouse’s agency rather than by Herrera’s brokerage.

Herrera told council that he initially enlisted the assistance of his spouse, unlicensed at the time, to contact clients regarding their ICBC Autoplan renewals “when he was too busy to make the calls and schedule the appointments himself,” council wrote. He “found he had to work after his shift at the agency to be able to keep up” and was unable to complete his goal of 60 renewals per month. The broker said that he approached his brokerage for assistance with managing his schedule, but none was provided.

The broker eventually determined it would be better if his spouse held an insurance licence, the council decision says. But he believed that she would also become overworked at his brokerage, and decided she should work at Agency B instead. In the meantime, he provided her with a printout of a client coverage renewal list, which included client contact information and Autoplan expiry date and vehicle information. Herrera’s spouse would contact the brokerage’s clients on behalf of her husband to process a renewal.

Council found that Herrera had breached client confidentiality when he shared his brokerage’s client information with his spouse, even though her activities were limited to scheduling appointments. “Once the spouse was licensed and authorized to represent Agency B, the licensee made the breach of client confidentiality even more egregious by allowing his spouse to engage in insurance activities,” the decision read.

Furthermore, the broker’s conduct in allowing his spouse access to his clients’ information without proper authority, and in allowing her to process transactions through Agency B without proper disclosure to the clients, “brought into question his suitability as an insurance licensee,” council found in its decision, which suspended Herrera starting Jan. 1.

Council said the actions of the broker in initially having his spouse assist him were concerning. “However, it found his subsequent actions in having his spouse obtain a licence with another agency so that she could better support him to be egregious behaviour.”

More News
Related
Brokers taking the initiative to embrace digital transformation: Insurance Analytics Canada speaker
Quality of construction workmanship a major factor in water losses: RSA Canada CEO
Broker fined after leaving agency with his own book of business
What your hospitality clients need to know about their liability limits