OneEleven, described as “North America’s largest scaleup innovation hub,” and Aviva Canada have announced that a 48-hour DisasterTech Hackathon will be held next month in Toronto. 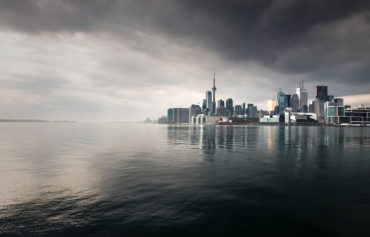 The event will kick off at OneEleven’s office at 325 Front St. West in Toronto on Oct. 13, the International Day for Disaster Reduction, and end on Oct. 15, Aviva Canada said in a press release on Tuesday.

Floods, wildfires, earthquakes, winter storms and severe winds are five of Canada’s most common perils, the release said in explaining the hackathon. Recent catastrophes like the flooding in Windsor, Ont. and wildfires in British Columbia are “just two examples that highlight the challenges metropolitans face,” the Disaster Hackathon website added. The event brings together experts from various industries to achieve one goal – to create innovative, technology-based solutions to mitigate the impact of natural disasters on urban communities.

The DisasterTech Hackathon partners – Agorize, The Canadian Red Cross, City of Toronto, Guidewire Software Inc., Institute for Catastrophic Loss Reduction, Toronto Hydro, Toronto and Region Conservation Authority, SAS Analytics and The Weather Company, an IBM Business – will provide participants with mentoring, resources, extensive data sets and case studies that they can leverage to brainstorm, prototype and pitch their ideas to a panel of judges. Three winning teams will be awarded with a total of $7,000 in prize money.

The release said that insured damage for 2016 topped $4.9 billion, citing information from Toronto-based Catastrophe Indices and Quantification (CatIQ). This amount smashed the previous annual record of $3.2 billion set in 2013. Insurance Bureau of Canada data shows that the annual economic cost of disasters around the world has increased five-fold since the 1980s, the release added.

Toronto Mayor John Tory said that the city is proud to partner with OneEleven and Aviva Canada to host the country’s first DisasterTech Hackathon “to uncover more efficient ways to manage some of the challenges resulting from natural disasters. Toronto is home to the strongest community of emergency preparedness personnel in the country and the fastest-growing tech talent market in North America,” he said.

Ben Isotta-Riches, chief information officer at Aviva Canada, added that “insurance claims can peak as a result of natural disasters, which underlines the importance of reducing exposure on personal property, the city, and more importantly, on personal and family safety. Technology plays an increasingly vital role in managing the impact of natural disasters. Innovators, startups and big corporations are springing up to tackle the challenge. We are enthusiastic to support this ecosystem as it continues to mature.”

OneEleven CEO, Bilal Khan, suggested that “by hosting the country’s first-ever DisasterTech Hackathon, we hope to uncover viable technology solutions that will help improve communication and mobilization during natural disasters.”

OneEleven was founded in November 2013 in partnership with OMERS Ventures, Ontario Centres of Excellence (OCE) and Ryerson University in Toronto. Its vision is to help the next generation of Canadian tech companies compete and win on the global stage by providing the “most promising, high-growth startups with infrastructure and access to capital, customers, and talent.” The scaleup hub recently opened a new 250,000 sq. ft. space at Front St. and Blue Jays Way in Toronto, which is the first building in the planned Oxford Properties Union Park innovation hub project.

As a property and casualty insurer, Aviva Canada provides home, auto, leisure/lifestyle and business insurance to 2.9 million customers. A wholly-owned subsidiary of United Kingdom-based Aviva plc, the company has more than 4,000 employees. The company hosts the Aviva Community Fund, an online community funding competition that has awarded $7.5 million to over 250 charities and community groups nationwide since its inception in 2009.