The Ontario government announced Thursday it has approved a regulatory change allowing “commercial fleet insurance to be offered for vehicles that can be hired through an online application.”

Previously the Insurance Act stipulated that the standard auto policy excludes a vehicle “used as a taxicab, bus, a sightseeing conveyance or to carry paying passengers.” 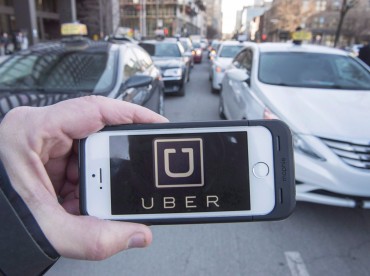 As of July 7, Ontario auto insurers “will be able to come forward and use this regulatory change as the basis for auto insurance coverage for sharing economy businesses,” the province said.

The definition of “fleet” has been changed to a “group of not fewer than five automobiles” that meets the several requirements.

Those vehicles can be “under common ownership or management, and any automobiles in the group that are subject to a lease agreement for a period in excess of 30 days are leased to the same insured person,” or “available for hire through a common online-enabled application or system for the pre-arrangement of transportation, and insured under a contract of automobile insurance in which the automobile owner or lessee, as the case may be, has coverage as an insured named in the contract.”

Aviva Canada announced in January an auto policy that would cover drivers spending up to 20 hours a week participating in ride sharing.