Can an Ontario auto insurer, in a priority dispute over which insurer should be responsible for paying a claimant accident benefits, be able to argue that a motorist convicted of driving without insurance was in fact insured by the insurer who cancelled the motorist’s policy? 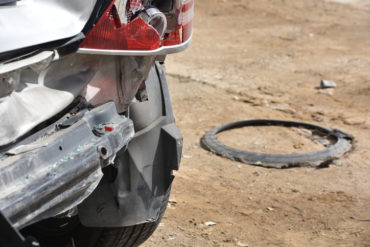 Canada’s highest court is scheduled to announce Thursday whether it will hear an appeal over that question.

On Jan. 27, the Court of Appeal for Ontario released a ruling that restored an arbitrator’s decision allowing Federated Insurance Company of Canada to argue that Patrick Cadieux was insured by Intact Insurance Company, despite the fact that Cadieux was convicted of driving without insurance after getting into a collision. Intact wants to appeal to the Supreme Court of Canada.

Court records indicate that Cadieux was originally insured by Intact but Intact cancelled Cadieux’s policy for non-payment of premium before the accident. Cadieux was driving his car when he got into a collision on April 25, 2010, with a truck.

Cadieux’s son was in Cadieux’s vehicle. The other vehicle in the collision was insured by Federated.

The son’s claim was submitted to Intact, which is paying accident benefits, Justice David Doherty of the Court of Appeal for Ontario wrote, in its unanimous ruling earlier this year.

In that ruling, the Court of Appeal for Ontario restored an arbitrator’s ruling that Federated is allow to argue that Intact did not property cancel Cadieux’s policy.

Intact filed March 27 for leave to appeal to the Supreme Court of Canada, which announced Aug. 21 that it will release Aug. 24 its decision on whether it will hear an appeal from Intact.

“Federated wanted to lead evidence that because Intact had not followed the required procedures when purporting to cancel the policy, Mr. Cadieux was insured at the time of the accident by Intact,” Justice James Diamond of the Ontario Superior Court of Justice wrote in a ruling released Feb. 2, 2016.  “Intact maintained that Mr. Cadieux’s status as an insured or uninsured driver had been decided in the proceedings in which he was convicted of driving without insurance and that it would be an abuse of process to permit Federated to re-litigate that issue.”

In his decision – quashed on appeal – Justice Diamond ruled that Federated was precluded “from leading any evidence and/or re-litigating the father’s conviction for operating a motor vehicle without insurance on the date of the accident.” It was the doctrines of estoppel and abuse of process that precluded Federated from trying to re-litigate Cadieux’s driving-with-no insurance conviction, Diamond found, citing a Supreme court of Canada ruling, released in 2003, in Toronto (City) v. C.U.P.E. Local 79. In C.U.P.E., Canada’s highest court ruled against the Canadian Union of Public Employees local representing a man who was fired by the City of Toronto after being convicted in 1996 of sexual assault.

A labour arbitrator ruled that the city worker’s sexual assault conviction was “admissible as prima facie but not conclusive evidence” that the employee had sexually assaulted the boy. The arbitrator ruled that the worker was credible and ought not to have been fired by the City of Toronto. The arbitrator’s ruling, issued in 1998, was quashed by Justice John O’Driscoll, then of Ontario’s Divisional Court, on judicial review. Justice O’Driscoll ruled that “valid orders/judgments and are binding upon all those who were parties to the court proceeding.”

Justice O’Driscoll’s decision was upheld both by the Court of Appeal for Ontario and the Supreme Court of Canada.

“The doctrine of abuse of process concentrates on the integrity of the adjudicative process,” Justice Louise Arbour wrote in C.U.P.E. “Three preliminary observations are useful in that respect.  First, there can be no assumption that relitigation will yield a more accurate result than the original proceeding.  Second, if the same result is reached in the subsequent proceeding, the relitigation will prove to have been a waste of judicial resources as well as an unnecessary expense for the parties and possibly an additional hardship for some witnesses.  Finally, if the result in the subsequent proceeding is different from the conclusion reached in the first on the very same issue, the inconsistency, in and of itself, will undermine the credibility of the entire judicial process, thereby diminishing its authority, its credibility and its aim of finality.”

But in Cadieux’s conviction of driving with no insurance, neither Federated nor Intact were parties, “or shared any interest in common with either the prosecutor or Mr. Cadieux,” Justice Doherty of the Court of Appeal for Ontario wrote.

The facts of the dispute between Intact and Federated “are far removed” from the facts of C.U.P.E.’s grievance against the City of Toronto for firing a convicted sexual offender, added Justice Doherty.

“Federated seeks to re-litigate Mr. Cadieux’s status as an insured driver in the context of a private dispute between Federated and Intact over the obligation to pay Statutory Accident Benefits under a priority scheme designed to allocate the responsibility for those payments as among insurers,” Justice Doherty added. “While there is certainly a public interest in protecting the passenger’s right to Statutory Accident Benefits under the Insurance Act, there is little, if any, public interest in the determination of which of the two insurers involved in the proceeding should pay those benefits.”