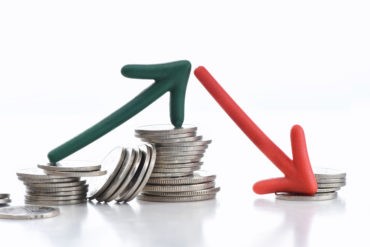 “By the nature of our being an Ontario-based mutual company, we have an overweight position in Ontario auto, which goes through cycles,” Saunders said. “We are at a difficult part of that cycle.”

Saunders was replying to a question from a mutual policyholder about whether he expects Economical to be running profitably by the end of 2018. He answered that it is difficult to predict exactly when Economical will return to profitability.

“We weren’t satisfied with the current financial performance of the business,” Saunders said. “[Insurance] is a difficult industry, whether it’s regulated auto or unpredictable weather events that we are all adjusting to.”

In the summer of 2017, Economical “put a material rate increase in [the Ontario auto] portfolio,” Saunders told Canadian Underwriter earlier.

Insurers writing private passenger auto coverage in Ontario must submit proposed rates along with supporting actuarial data to the Financial Services Commission of Ontario (FSCO) for approval. FSCO and its actuaries then review the data – which include insurers’ assumptions of claims costs, expenses and investment income – to ensure that proposed rates are not excessive and do not post a risk to the insurer’s solvency.

The Co-operators Group Ltd. reported April 26 it “has been a challenge to secure approval” from FSCO “for adequate rate increases to reflect the risks in today’s environment which include rising costs of auto claims.” Co-operators made the observation in the management discussion and analysis portion of its financial results for the first three months of 2018. Nation-wide, The Co-operators reported a loss ratio in auto of 82.6%, up 5.6 points from 77% in the first three months of 2017.

The province should review “pricing alternatives” in auto insurance, David Marshall, a special advisor to Finance Minister Charles Sousa, wrote in a report released in April 2017. Marshall added the “built-in intertia” of the rate approval process makes it hard for insurers to “respond to market changes.”

Ontario politicians “need to improve conditions in the product so there is appetite to write going forward,” Intact Insurance CEO Charles Brindamour commented on March 26, 2018 during the Intact’s investor day.