If the Ontario Progressive Conservative Party moves ahead with one of its proposed changes to auto insurance, it could result in increased claims costs for auto insurers, or else shift the burden more onto extended (supplementary) health insurance policies, says financial management consultant David Marshall.

In its 2022 budget document, the ruling Conservative party said “as drivers are required to use workplace benefits prior to making a claim through their auto insurance provider, the government will review how drivers access benefits when extended health care plans are involved, to ensure the system remains modern and works well for accident victims when they need it most.”

The government has not committed to any change, rather to only review its options.

Marshall, the author of a recent auto insurance report from the C.D. Howe Institute and the 2017 report Fair Benefits Fairly Delivered, notes auto insurance is currently the “last-payer.” This means if other insurance is available, such as through the Ontario Health Insurance Plan or the workplace, it must be used first.

“So, the issue is, if the government said, ‘Okay, well, we won’t force you to use your workplace [benefits] first, we’ll make the auto insurance pay, of course it increases the cost [for auto insurers],” Marshall says in an interview with Canadian Underwriter. “Because now where they used to be able to deduct that amount and get it out of the employer, now they have to pay it.”

Changing the process also “slows the system down” because providers have to first check to see if they should bill the employer or Ontario’s Workplace Safety Insurance Board (WSIB) first and get clearance for that, says Marshall, who was previously the president and CEO of WSIB.

“So, there’s a bit of administrative work going on in the background… that adds a bit to the cost,” Marshall says. “You can say, ‘We’re going to force the insurance companies to pay out the auto insurance and not recuperate from the other place.’ [This] would maybe increase the cost for the auto insurance, but it’ll reduce the cost for the workplace insurance, so you’re just shifting it from one place to another.” 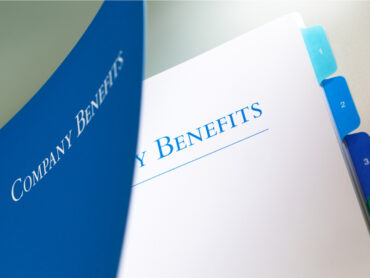 The potential increased claims costs for auto insurers would depend on what percentage of people have extended, or supplementary, insurance policies through their employer, Marshall says. An example of an employer-based supplementary insurance plan is one that covers:

From a consumer point of view, a change makes sense because they would not be required to use up their workplace insurance, Marshall adds. “They say, ‘Well, why am I paying auto insurance if I’m going to have to use my employment insurance?’”

Another option is to make some health coverage premium (or parts of it) optional, such as attendant care, for example, if an employment policy is already in place. There could also be a requirement that the coverage needs to be positively declined (i.e. documented that the consumer turned it down).

A change to what’s currently in place may also require a change to the Statutory Accident Benefits Schedule (SABS). Currently, insurers may deduct payment of a “medical, rehabilitation or attendant care benefit… for which payment is reasonably available to the insured person under any insurance plan or law.”

Section 61(1) also says “the insurer is not required to pay benefits described in this Regulation in respect of any insured person who, as a result of an accident, is entitled to receive benefits under the Workplace Safety and Insurance Act, 1997, or any other workers’ compensation law or plan.”