Ontario is building nearly 500 electric charging stations at more than 250 locations across the province in a bid to help reduce greenhouse gas pollution and fight climate change, the provincial Ministry of Transportation (MTO) said on Wednesday. 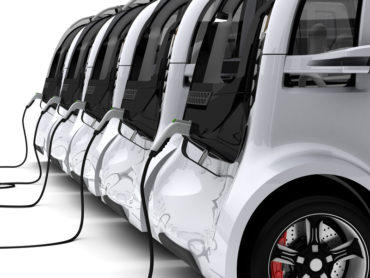 The ministry said in a release that the province is working with 24 public and private sector partners to create an “unprecedented network” of public charging electric vehicle stations in cities, along highways, at workplaces and at various public places across Ontario.

Related: Ontario will spend up to $8.3 billion to fight climate change, offer incentives

The province’s $20-million investment under Ontario’s Green Investment Fund will expand charging infrastructure across the province and will help address “range anxiety,” a common concern of consumers regarding the distance electric vehicles can travel compared to traditional vehicles, the ministry said in the release. “Building a more robust network of public chargers across Ontario allows electric vehicle owners to plan longer trips knowing that charging stations are as readily available as gas stations,” the MTO said. “With the new network of stations, electric vehicle drivers will be able to travel confidently from Windsor to Ottawa or from Toronto to North Bay and within and around major urban centres.”

An interactive map of the network of electric charging stations will be accessible on Ontario 511, the ministry reported.

“By investing in charging infrastructure that is fast, reliable and affordable, we are encouraging more Ontarians to purchase electric vehicles, reducing greenhouse gas pollution and keeping our air clean,” said Ontario’s Minister of Transportation, Steven Del Duca, in the release.

Glen R. Murray, the province’s Minister of the Environment and Climate Change, added that “transportation is one of the single biggest contributors to climate change. Supporting more charging stations across the province will help to reduce greenhouse gas pollution by making it more convenient for drivers of electric vehicles to get around.”