The Ontario Chamber of Commerce (OCC) is the latest organization to call on the provincial government to allow insurers to offer an electronic proof of auto insurance (EPAI) and other insurance documents.

In a resolution passed during OCC’s annual general meeting in late April, the Hamilton Chamber of Commerce called on Ontario to join Nova Scotia as the next Canadian province to allow digital insurance documents. The resolution passed after a unanimous vote by local chamber of commerce delegates at the AGM, held in Hamilton on April 26-28. 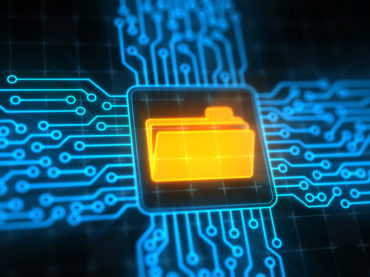 In the resolution, the Hamilton Chamber of Commerce noted that “with advancements and industry-wide adoption of robust online security standards and emerging technologies like blockchain, many businesses and their customers are also confident that they can migrate various transactions and records of note to electronic mediums.” One example affecting millions of Ontarians every day, the Chamber said, is the mandatory requirement for drivers to carry their printed proof of auto insurance (commonly known as “pink slips”) by the Financial Services Commission of Ontario (FSCO).

Huzaifa Saeed, policy and research analyst at the Hamilton Chamber, was the architect of the larger resolution, Improving Digital Services and Identity for Ontario Businesses, which included a section about EPAI. It was co-sponsored by the Milton, Greater Kitchener-Waterloo, Newmarket, and Cambridge Chambers.

Rana Shamoon, senior policy advisor at the Insurance Bureau of Canada (IBC), told Canadian Underwriter that the association is glad OCC passed the resolution. “Insurers in Ontario are being held back from meeting consumer demands because of dated legislative and regulatory barriers that still require them to deliver information in paper copy,” Shamoon said. “These restrictions are hurting the industry in Ontario, which is why we are pleased that the Ontario Chamber of Commerce passed this resolution.”

She added that IBC continues to have discussions with government and is hopeful that they will commit to modernizing Ontario’s insurance laws.

When asked in February why it is taking longer than anticipated to implement EPAI in Ontario, FSCO told Canadian Underwriter that “as the regulator, it is important that FSCO balance moving quickly enough to support innovation with taking the time needed to ensure consumer interests are protected.”

In January of this year, the Office of the Superintendent of Insurance of Nova Scotia became the first (and thus far, only) regulator in Canada to permit EPAI. The required guidelines and principles for insurers and brokers to offer EPAI discuss privacy legislation and security protocols, as well as specifics of the new electronic format, which was expected to mirror what’s in the paper pink cards.

Keenan Loomis is president and CEO of the Hamilton Chamber. He said that Ontario businesses are looking to the next provincial government to outline very specific measures they would take to reduce unnecessary red tape. “With nearly every American state having figured out how to make digital insurance documents a reality, I’m confident that we can figure out a way to make this work in Ontario,” Loomis said.

Loomis told Canadian Underwriter that the OCC, which represents 60,000 businesses from across the province, has not formally engaged with regulatory officials yet. But it will be including advocacy on this issue as part of its soon-to-be released platform for the 2018 provincial election and engagement with the next government in the fall.

“Our first priority was to first gain the support of the Ontario Chamber of Commerce, as it’s most appropriate to be pursued by them,” he said. “Supporting an industry best practice, already established in states across America, and in an advanced stage of discussion across Canada, was an obvious choice to advocate for.”