An Ontario court has denied a request from a London, England resident – and the firm from whom he rented a car in Canada – to be examined for discovery in person in Britain. 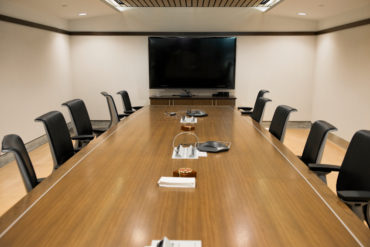 Court records indicate that a vehicle accident occurred Sept. 17, 2012 in Toronto. The drivers were Gabriela Alves and Peter Gaughran. Alves is the plaintiff while the defendants are Gaughran and Hertz Canada Limited, from whom Gaughran rented a car at Toronto International Airport.

“There will be a credibility issue at trial regarding liability for the accident given the conflicting evidence of the parties with respect to how the accident occurred; that is, whether the defendant cut off the plaintiff or whether the plaintiff cut off the defendant,” Case Management Master Lou Ann Pope wrote in her ruling released Sept. 9, 2016.

She was ruling on a motion by Alves seeking an order that the examination for discovery of Gaughran take place by video conference with the assistance of a qualified sign language interpreter.

Hertz and Gaughran wanted the examination to “take place by written questions, or in the alternative, by oral examination in London, England with the assistance of a qualified sign language interpreter.”

An adjuster working on behalf of Hertz’s insurer “states that the defendant is ‘not comfortable and unwilling’ to proceed with an examination for discovery by video conference,” Master Pope wrote. The adjuster “also states that she ‘can only infer’ that due to the defendant’s hearing handicap, he is fearful he may misunderstand the questions posed by counsel.”

Master Pope ordered that Gaughran be examined for discovery by video conference with the assistance of a sign language interpreter to be present with Gaughran.

“Further, the examination shall be video recorded as recommended in the Avlic paper and the parties and the interpreter shall follow the Avlic guidelines as much as possible,” Master Pope wrote. “As a result, after completion of the examination, the defendant will have the benefit of not only the written transcript of the examination to review the questions asked by plaintiff’s counsel and verify the accuracy of his answers, he will also have the video recording to verify the accuracy of the interpreter’s work. ”

Under Ontario’s Rules of Civil Procedure, a court “has discretion to determine whether the examination is to take place by video conference pursuant,” she added.

One case cited was the 2009 decision, also by the Ontario Superior Court of Justice, in Midland Resources Holding Limited v. Shtaif.

“Examinations of witnesses by video conferencing are a normal process in modern international litigation or arbitration,” Mr. Justice Frank Newbould wrote in Midland. “The reason, of course, is that often the time and expense involved in travelling to far distant places is not warranted if there is an alternative. In my view, taken the high costs of modern litigation, it should be encouraged rather than discouraged, so long as the discretion of the judicial officer in deciding whether to order video conferencing is exercised judicially.”

Each case “should be decided on its own facts with a view to determining what is the most just and convenient result in the particular case,” he added.