A 20-year driving ban, on an Ontario man with more than 10 drunk driving convictions, was recently upheld by the province’s Summary Conviction Appeal Court. 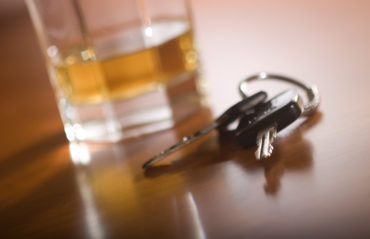 In February, 2009, Victor Freeborn-Mejia was sentenced to six months in jail plus a 20-year driving prohibition after pleading guilty to being in care and control of a motor vehicle with a blood alcohol level of greater than 0.08%, as well as one count of breach of probation.

Quoting a Supreme Court of Canada ruling in 2008, Justice Goodman noted that the standard of review for sentencing is one based on deference.

Freeborn-Mejia submitted an affidavit, in which he deposed that in 2014, he completed a “Skills for Change program at Alcohol, Drug and Gambling Services.” Court records indicate that Freeborn-Mejia deposed that he had not consumed alcohol since November, 2012.

But on review of his criminal record and driving abstract, “it was discovered that on March 7, 2014, the appellant was convicted for his 10th (or 12th) impaired driving charge, as well as one count for driving disqualified, related to events that transpired on November 2, 2013,” Justice Goodman added. “He was sentenced to nine months incarceration (with credit of 4 months provided on a 1.5:1 basis) along with a concurrent driving prohibition and probation. To put this in the most favourable context, the appellant clearly misled this Court.”

Insurance Bureau of Canada reports that Saskatchewan amended its Traffic Safety Act to “provide for immediate licence suspension for drivers who have a BAC level of .04% or more, immediate roadside vehicle impoundment, and increased penalties for new drivers found operating vehicles while having consumed alcohol or drugs.”

In Ontario, drivers face a three-day licence suspension, for a first offence, if they are caught with a blood alcohol level of greater than .05%.

The Transportation Statute Law Amendment Act (Making Ontario’s Roads Safer) – passed into law June 2, 2015 – applies that suspension policy also to drivers under the influence of drugs. In Ontario, the suspension period is seven days for a second offence and 30 days for third and subsequent occurrences.

Goodman had argued, on constitutional grounds, that the B.C. ARP regime is, “in effect, criminal law, a head of power reserved to the federal government.”

But the Supreme Court of Canada disagreed.

The B.C. ARP “targets, in part, specific criminal activity and imposes serious consequences, without the protections attendant on criminal investigations and prosecutions,” Madam Justice Andromache Karakatsanis of the Supreme Court of Canada wrote in Goodman. “However, the consequences relate to the regulation of driving privileges.”

Chief Justice Beverley McLachlin, dissenting in part, wrote that “the biggest challenge to the state” of the ARP regime is that it “takes breath samples without reasonable grounds or even suspicion to believe the driver is impaired to the point of affecting driving.”

But she added the B.C. government “has produced compelling evidence that requiring such grounds would subvert the goal of preventing death and injury caused by impaired driving, and that routine tests are required to achieve the administrative scheme’s purpose.”