Employers should “reconsider” starting workers on probation if those probationary periods are being used “legal risk mitigation” strategies, a Toronto lawyer suggested Tuesday in a blog post. 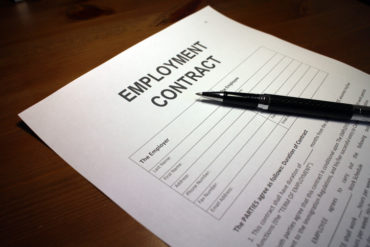 In Ontario, when a probationary period is for longer than three months, employer must still provide notice of dismissal, under the province’s Employment Standards Act, “despite the greater ability to dismiss a probationary employee based on suitability alone,” lawyer Omar Ha-Redey wrote in a July 4 post on the CanLII Connects.

Alexander Connell Nagribianko began working for Select Wine Merchants Ltd. on May 27, 2013, with a six-month probationary period. On Nov. 21 of that year, he was terminated because the employer contended he was “unsuitable for regular employment.”

He sued for wrongful dismissal in Small Claims Court, which in 2015 awarded Nagribianko damages in lieu of four months’ notice of termination of his employment.

That ruling was overturned by the Ontario Superior Court of Justice (Division Court), in a decision released Jan. 25, 2016.

Nagribianko was unsuccessful on appeal.

“Since it is not possible to contract out of the minimum notice standards provided for” in the Employment Standards Act, “probationary employees are entitled to receive statutory notice, or pay in lieu of that notice,” the Court of Appeal for Ontario wrote in its unanimous ruling released June 27, 2017.

“In this case, the required period of notice is one week, which the appellant received.”

In her 2016 ruling, Division Court Justice Mary Sanderson ruled that the small claims court judge who had initially awarded damages to Nagribianko had “erred in law in failing to recognize that the employment of a probationary employee is different in nature from that of a non-probationary employee.”

The court ruling “provides further assurances that the Court of Appeal will provide some meaning to contractual terms in an employment contract, even where there may be some ambiguity,” Ha-Redeye wrote in his post on CanLII Connects.

Nagribianko had argued that the term “probation” does “not have a single meaning,” Justice Sanderson wrote in her decision against Nagribianko. “It is subject to judicial interpretation having regard to the parties’ understanding about what had been agreed.”

But she noted that Nagribianko “acknowledged during cross-examination that he had been subject to probation periods in previous jobs and that he generally understood what a probation period meant.”

A probationary period “offers the employer an opportunity to determine if the employee will work in harmony with the organization, if hired permanently,” Justice Sanderson wrote.

“Given the prevalence of probationary periods, employers may wish to reconsider them if they are being used as legal risk mitigation strategy,” Ha-Redey wrote on CanLII Connects. “Their legal obligations will remain the same, and they may risk confusing managers, supervisors, and the employees involved, if the appropriate roles are not clarified.”

In ruling against Nagribianko, the Court of Appeal for Ontario cited several cases, including the Supreme Court of Canada decision, released in 1992, in Machtinger v. HOJ Industries Ltd.

Marek Machtinger and Gilles Lefebvre worked in sale for HOJ from 1978 through 1985.

Lefebvre’s contract was identical except it provided for two week’s notice.

The Ontario court ruling in the employees’ favour was overturned in 1988 by the Court of Appeal for Ontario but restored four years later by the Supreme Court of Canada.

The employment contracts that Machtinger and Lefebvre signed “represent attempts to contract out of the minimum notice periods required” by the Ontario Employment Standards Act, Justice Frank Iacobucci wrote at the time.

“For the purposes of this appeal, I would characterize the common law principle of termination only on reasonable notice as a presumption, rebuttable if the contract of employment clearly specifies some other period of notice, whether expressly or impliedly,” Justice Iacobucci wrote. “What constitutes reasonable notice will vary with the circumstances of each case and will depend on the character of the employment, the length of service, the employee’s age and the availability of similar employment having regard to the employee’s experience, training and qualifications.”

But the effect of the Employment Standards Act “is to make any attempt to contract out of the minimum employment standards of the Act by providing for lesser benefits ‘null and void,'” Justice Iacobucci added in Machtinger. “If the intention of the parties is to make an unlawful contract, no lawful contractual term can be derived from their intention.”

The employment contract Nagribianko and Select Wine was not “purporting to oust the statutory notice requirements,” the Court of Appeal for Ontario noted in its June 27, 2017 ruling.