Ontario should create ‘list of documents that must be produced’ in personal injury auto lawsuits: Marshall

The Ontario government should consider allowing auto insurers to offer consumers more choices and come up with new rules for the tort system bearing in mind that personal injury auto lawsuits “seldom involve complex issues of law,” a special adviser to the finance minister suggested this week. 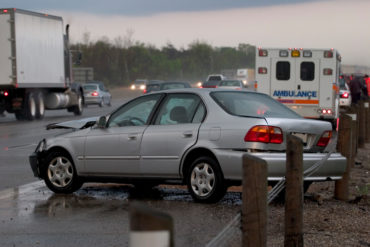 “After protecting others through a minimum liability insurance, a sensible system of consumer choice whereby a person may consciously take less auto insurance and save money should be explored,” wrote David Marshall, who was appointed in 2015 to review the Ontario auto insurance system.

His final report on that review – Fair Benefits Fairly Delivered: A Review of the Auto Insurance System in Ontario – was released Tuesday.

In that report, Marshall suggested the accident benefits system is a “safety net” but there “is a legitimate question as to how far the safety net should extend.” Marshall is a former president and chief executive officer of the Workplace Safety Insurance Board.

“Guaranteed safety nets work best when they are administered by a government agency, which is an administrative tribunal, with authority to interpret the governing legislation and set policy and practices,” Marshall wrote. “Private sector insurance companies work best when they can write policies with defined conditions and benefits. Ontario has devised a guaranteed safety net for victims of auto accidents and outsourced it to insurance.”

But Marshall specifically recommended that Ontario continue having private-sector insurers write auto accident benefits and liability, and not move to a government-run auto insurance system. Quebec currently has accident benefits written by a government agency while in each of British Columbia, Saskatchewan and Manitoba, crown corporations have a monopoly on mandatory auto insurance.

Marshall noted that under Ontario’s auto insurance system, the auto insurers are the second payors after people injured in auto collisions exhaust the limits of their workplace health benefits. Most Ontario drivers have access to some form of medical or income replacement benefits through their workplaces, Marshall noted.

“For those drivers who already have workplace insurance, they are caught between two competing insurance companies with potentially different claims processes and criteria for accepting claims,” he wrote.

Marshall is recommending the province “set up an arms-length regulator with a skills-based board.” That process, Marshall wrote, is already under way with the passage into law of the Financial Services Regulatory Authority of Ontario Act.

The province should create “a prescribed list of documents that must be produced,” in tort cases, Marshall recommended. The government should also allow for earlier “examination under oath for both claimants and expert witnesses” and to provide for “some form of case management,” he wrote.

“The current process for tort claims follows procedures in the court system developed over many years for all kinds of claims, some of which are highly complex,” Marshall wrote. “Auto insurance tort claims, while numerous (about 15,000 to 17,000 a year) are relatively straightforward. The issues in dispute recur frequently and seldom involve complex issues of law.”

However, “under the current system, the basic issue of parties exchanging relevant documents and information is highly inefficient,” Marshall wrote. “There is no prescribed set of documents that must be produced by each party. If one party refuses to offer certain documents, the other must make a motion to the court, often a lengthy process, to compel the party to produce the documents.”

He added Ontario law currently has no provision, in personal injury auto lawsuits, “for an early examination of the plaintiff or expert witness, which might help resolve the case before it has to go to court.”

Marshall also recommended that a new regulator establish “a roster of hospital-based independent examination centres” – different in scope from the designated assessments centres that existed until 2006 – to provide diagnoses and future treatment plans.

The opinion of an independent examination centre, on diagnosis and future care needs, “should be given a zone of deference by the courts in tort cases,” Marshall said.

“The tort system is confrontational, time-consuming, involves the cost of legal counsel and experts, and ties up negotiating time if settled out of court or court time if cases go to trial,” he wrote. “Moreover, using the court system to get injured parties what they deserve results in a significant leakage in the benefit they actually receive since the award they get is reduced by the need to pay expert witnesses and large fees to lawyers.”

2 Comments » for Ontario should create ‘list of documents that must be produced’ in personal injury auto lawsuits: Marshall