Organizations undertaking activities with high risk of pollution in Ontario are often not required to provide financial security to ensure funds are available later for clean-up costs, the province’s auditor general warned in her annual report released Wednesday. 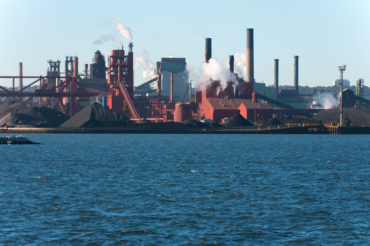 Meanwhile, the province will need to spend more than $35 million over the next 30 years to monitor and mitigate environmental contamination in Cambridge in the wake of the 2012 bankruptcy of Northstar Aerospace, the Office of the Auditor General noted in its report.

Ontario’s Environmental Protection Act and Ontario Water Resources Act “require anyone planning to engage in activities in Ontario that release contaminants or pollutants” to obtain approval from the Ministry of the Environment and Climate Change, Auditor General Bonnie Lysky said in the report.

Some emitters – including privately-owned landfills accepting municipal waste – must provide financial security in the form of cash, letter of credit, securities and/or bonds.

“The purpose of financial security is to ensure that funds will be available to cover future environmental clean-up costs, such as site remediation, in the event that the emitter is unable or unwilling to do so,” according to the 2016 report.

But the Ministry of the Environment and Climate Change “does not require financial security for future clean-up of contamination and environmental damage from many emitters involved in high-risk activities,” the Office of the Auditor General said in a press release Wednesday.

In the 2015 report, the Ontario Auditor General noted that the total liability for remediating 288 contaminated sites for which the province is responsible “is estimated to be $1.792 billion as at March 31, 2015.”

Environmental Compliance Approvals are required for all high-risk emitters, such as steel mills and chemical manufacturing facilities.

But Office of the Auditor General staff found that the Ministry Environment and Climate Change “does not always require financial security from high-risk activities such as hazardous waste transporters, industrial sewage systems and other industrial activities that are likely to result in contaminant spills.”

Financial security, as a condition of obtaining Environmental Compliance Approval, “is usually based on the most reasonable estimate for future clean-up,” according to the report. “However, our review of a sample of emitters has indicated that the Ministry has collected approximately $10 million less than what it estimated would be required for future clean-up.”

The Ministry Environment and Climate Change “is considering expanding the financial security requirements to activities that pose potentially significant risks, such as industrial sectors, underground petroleum storage tanks, and operations involving high-risk substances and new technologies,” the Office of the Auditor General stated in the 2016 report.

“The Province may have had to assume responsibility because the original third-party owner or operator became insolvent, ceased to exist, or had insufficient funds to remedy environmental damage that had occurred on the property,” the Auditor General stated in the 2015 annual report.

In this year’s report, the Office of the Auditor General cited the example of Northstar, an aircraft parts manufacturer that operated a site in Cambridge.

Court records indicate the site was contaminated by trichloroethylene used in Northstar operations and by contaminants from an unrelated company nearby. In June, 2012, Northstar was granted creditor protection in Canada under the Companies Creditors Arrangement Act.

“On May 31, 2012, the Ministry issued an order requiring Northstar to provide financial security of approximately $10.4 million by June 6, 2012,” the Office of the Auditor General said in its 2016 report. “Northstar never complied with the order. Northstar did not have the funds to satisfy the Ministry’s order.”

Court records indicate the Ministry of the Environment made claims against former Northstar directors. The Environmental Review Tribunal denied the directors’ request for a stay of the MOE order. Instead of seeking judicial review, the directors reached a settlement.

The directors “paid $4.75 million of their own money to remediate a site when their company went insolvent,” said Brian Rosenbaum, Aon Risk Solutions’ national director, legal and research practice, at the RIMS Canada conference in Winnipeg in September, 2014.

At the time, Rosenbaum noted that Northstar’s directors’ and officer’s liability policy had an exclusion for remediation costs and the Northstar directors is were not covered by an impairment liability policy.

“After the settlement was reached, the Ministry stepped in to continue to operate, monitor and maintain the groundwater and residential indoor air quality mitigation systems established by Northstar,” the Ontario Office of the Auditor General said in the 2016 annual report. “‘To date, the Ministry has spent over $2 million to monitor and mitigate the contamination, and estimates that over $35 million more will be  needed in the next 30 years. The Ministry expects that monitoring and mitigation work will be required beyond the next 30 years.”