The Ontario government proposes to separate the administrator of the new home warranty program from the regulator of new home builders and vendors, but the ruling Liberals want to further study a recommendation to implement a multi-provider insurance system for new home warranties. 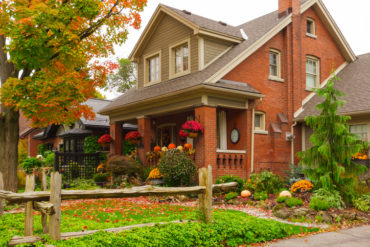 If passed into law, Bill 166 would, among other things, “provide for two separate administrative authorities,” Government and Consumer Services Minister Tracy MacCharles said Tuesday in the legislature during debate on second reading.

The bill incorporates some recommendations of the final report of a Review of the Ontario New Home Warranties Plan Act and the Tarion Warranty Corporation, written by J. Douglas Cunningham, former associate chief justice of the Ontario Superior Court.

Cunningham was also appointed in, 2013, to review the auto insurance claims dispute resolution system. He delivered a report, with 28 recommendations, the following year.

In 2015, Cunningham was appointed to examine and make recommendations regarding Tarion and the new home warranty program, established in 1976.

“Tarion is providing an insurance-type product to homeowners but neither Tarion nor the warranty protection are subject to the oversight that would ordinarily apply to an insurance company delivering a similar insurance product,” Cunningham wrote.

In his report, Cunningham recommended that new home warranty protection be delivered “through a competitive model.”

But Cunningham’s recommendations “dealing with multi-provider insurance-based warranty delivery require further analysis,” the provincial government spokesperson wrote Wednesday in an email to Canadian Underwriter. “The ministry is committed to undertaking further study on the feasibility and impact of implementing these recommendations.”

A clause in the proposed new Protection for Owners and Purchasers of New Homes Act would stipulate that the province’s insurance act would “not apply to the warranty authority and its undertakings in respect of any matter authorized by this Act except as otherwise prescribed.”

If passed into law, Bill 166 would “address concerns about the warranty dispute resolution process by setting out, at a high level, a general process for dealing with claims and resolving disputes,” MacCharles said Tuesday. “The proposed legislation would clarify the dispute resolution process to make it easier and fairer for new homeowners if they discover a problem in the construction of their new home. It would clarify the evidence that one must present when making a claim, making the process more user-friendly for consumers.”

In his report released in March, 2017, Cunningham recommended that the condominium specific-provisions of new home warranty coverage be reviewed.

“The role of the condominium board in the warranty claims process for common elements may not always be well understood by a unit owner,” Cunningham stated in the report.

Cunningham noted that condominium corporations must now have a “performance audit of the common elements” completed within a year of registration. These audits are filed performance directly with Tarion, he added.

“The performance audit identifies defects in the common elements and constitutes a claim for warranty purposes,” Cunningham wrote. “A proper performance audit requires timely access to the appropriate supporting documentation, including drawings and plans. Measures should be in place to support that access.”

More News
Related
‘No active deals on the table’ to sell minority interest in SGI Canada
Making ICBC a co-op one option for B.C., competition must be part of any option selected: taxpayers federation
‘Clock is running’ as Economical Insurance prepares for public offering: Saunders
Aviva Canada’s plan to decrease its exposure in Ontario auto