Six months after a bill proposing to regulate home inspectors was tabled in the Ontario legislature, the provincial government said Wednesday it plans to “introduce legislation this fall that would, if passed, regulate the province’s home inspection industry.” 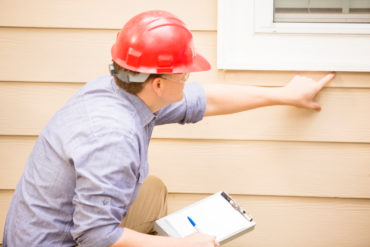 Bill 165, the Licensed Home Inspectors Act, has already passed second reading and was referred March 3 to the Standing Committee on Regulations and Private Bills.

However, of the legislation referred to in Wednesday’s release, “the government has not introduced proposed legislation i.e. a Bill at this point,” a spokesperson for the minister of government and consumer services stated Thursday.

“The government plans to introduce proposed legislation to license and set minimum qualifications for home inspectors in the fall of this year,” the spokesperson added.

Bill 165 does provide for regulations stipulating commercial general liability and errors and omissions insurance for home inspectors. However, there was no mention of insurance requirements in Wednesday’s press release.

“Regulation by an industry-funded [delegated administrative authority] is a way to ensure a more level playing field for home inspectors to operate with similar qualifications,” Han Dong, Liberal MPP for the Toronto riding of Trinity-Spadina, told the legislature March 3.

Dong, who had introduced Bill 165 in February, made his comments during debate on second reading.

“Should you choose to do so, you can go online today, fill in some forms and pay a fee, of course, and get a certificate suitable for framing mailed to you within a matter of days,” Percy Hatfield, NDP critic for municipal affairs and housing, said March 3 in the legislature of home inspectors in Ontario. “You don’t even have to buy a flashlight or a ladder, and you’ll be a home inspector.”

During that debate, Hatfield suggested home inspectors should also be required to have insurance.

“We should make it mandatory for home inspectors to have to take and pass a formal course at a community college,” Hatfield said. “If plumbers and electricians have to spend up to 9,000 hours learning their trade, shouldn’t the men and women who are going to go in and inspect their work, who tell me, ‘Yes, the home is worth buying; it’s not going to burn down and the toilets are going to flush,’ know what they’re looking at?”

Bill 165, if passed into law, would let the Ontario government make regulations “prescribing the types of insurance they must have, which must include coverage for errors, omissions and commercial general liability,” and setting minimum coverage levels.

If passed into law, the legislation referred to in the Aug. 17 release would “better protect consumers throughout the home-buying process,” stated Marie-France Lalonde, Ontario’s minister of government and consumer services.

The bill tabled earlier this year by Dong would let the government designate, by regulation, a non-profit corporation as an administrative authority for home inspectors.

“By enforcing a single standard, the [delegated administrative authority] would provide greater transparency and consumer protection in the ever-changing market,” Dong said March 3. That authority would carry out licensing and other regulatory responsibilities “at arm’s length to the Ministry of Government and Consumer Services,” added Dong.

“There are several hard-working home inspector associations that are dedicated to the professionalism of the industry,” Dong said. “However, these associations have varied governing systems and requirements that could be confusing to average consumers.”

In its Aug. 17 press release, the provincial government said if passed into law, its legislation would “establish an independent Administrative Authority to administer and enforce the home inspection licensing legislation and associated regulations.”

During debate March 3 on Bill 165, opposition Progressive Conservative MPPs contended that a delegated administrative authority for home inspectors should be subject to the Public Sector Salary Disclosure Act, meaning that the name names and salaries of all staff making more than $100,000 a year would be published on the “sunshine list.”

In its Aug. 17 press release, the province said it is proposing that home inspectors “be licensed with proper qualifications” and to “set minimum standards for contracts, home inspection reports, disclosures, and the performance of home inspections.”