Ontario’s Ministry of Transportation (MTO) has released further details on its planned road safety legislation this fall, including the creation of a new offence for careless driving causing death or bodily harm. 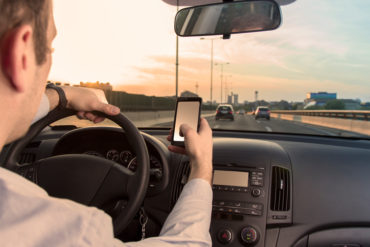 The province’s Minister of Transportation, Steven Del Duca, and Minister of Tourism, Culture and Sport, Eleanor McMahon, were in Toronto on Wednesday to outline the new road safety measures. They were joined by Han Dong, MPP for Trinity-Spadina.

On Monday, Ontario Premier Kathleen Wynne and Del Duca announced plans for the legislation that would “increase the consequences and costs for those who drive under the influence of drugs, including cannabis.” The legislation is part of Ontario’s comprehensive cannabis plan, introduced on Sept. 8, that includes, among other items, Liquor Control Board of Ontario oversight of about 150 standalone cannabis retail stores. For Ontario’s zero tolerance legislation, the new, tougher laws against drug-impaired driving will include zero tolerance for young drivers aged 21 and under; novice drivers – G1, G2, M1 and M2 (motorcycle) licence holders; and all commercial drivers.

MTO suggested in a statement on Wednesday that the new legislation, if passed, would help protect pedestrians and cyclists and reduce the number of people killed or injured by impaired, distracted and dangerous drivers. The proposed measures include:

In addition, the province is consulting on the use of cameras on school buses that capture the offence of illegally passing a school bus, so that this evidence can be admitted into court without a witness, the statement said.

“Ontario is taking action to reduce the number of people killed by impaired, distracted and dangerous drivers,” Del Duca said. “These measures will help keep some of our most vulnerable road users safe and help us drive home the message that dangerous, impaired and distracted driving is unacceptable, and will not be tolerated.”

The proposed introduction of legislation adds to recently announced new penalties for those who drive under the influence of drugs, including cannabis. Among those is zero tolerance for drug-impaired driving for young drivers aged 21 and under, novice drivers – G1, G2, M1 and M2 licence holders – and all commercial drivers. The legislation will also increase monetary penalties for all drivers who fail, or refuse to perform, a sobriety test. For young, novice and commercial drivers, proposed penalties include a three-day licence suspension on first occurrence and a penalty of $250, with suspensions and penalties increasing with subsequent occurrences.

According to MTO, on average, one person is killed on roads in the province every 17 hours. In 2014, pedestrians and cyclists made up approximately 25% of Ontario’s road fatalities. “While drunk driving remains in the top-five killers on Ontario’s roads, the province’s most recent roadside survey found that drivers who tested positive for drugs were more than twice the number who tested positive for alcohol,” the statement said.

CAA South Central Ontario (CAA SCO), which represents more than two million members, applauded the planned legislation, saying in a press release on Wednesday that it would “make Ontario’s distracted driving laws the toughest in Canada.”

“The new measures proposed by the provincial government will hopefully encourage motorists across Ontario to keep their hands on the wheel and focus on the road,” Elliott Silverstein, manager of government relations for CAA SCO, said in the release. “Distracted driving continues to be a growing and dangerous challenge on our roads. It only takes a moment to dramatically change your life or someone else’s. No text message or e-mail is worth risking your life or the life of another road user.”