The province of Ontario announced on Monday morning that it will introduce legislation this fall that will include zero tolerance for drug-impaired driving for several classes of motorists. 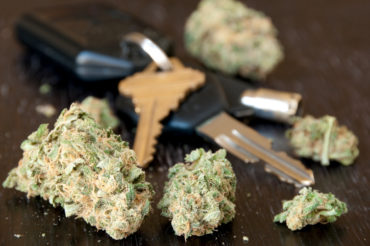 Premier Kathleen Wynne and Minister of Transportation Steven Del Duca announced the plans in Toronto for legislation this fall that would “increase the consequences and costs for those who drive under the influence of drugs, including cannabis.” The measures are part of Ontario’s comprehensive cannabis plan, introduced in advance of the federal government’s plan to legalize recreational cannabis by July 2018, the Office of the Premier said in a statement.

That plan, introduced on Sept. 8, includes Liquor Control Board of Ontario (LCBO) oversight of approximately 150 standalone cannabis retail stores. The plan, among other items, also includes: a proposed minimum age of 19 to use, purchase and possess recreational cannabis in Ontario, which will be allowed in “private residences” are prohibited in public places, workplaces or when inside a motor vehicle; a “coordinated enforcement strategy” to help shut down illegal cannabis dispensaries; and, for those under 19, a focus on “prevention, diversion and harm reduction without unnecessarily bringing them into contact with the justice system.”

For Ontario’s zero tolerance legislation, the new, tougher laws against drug-impaired driving will include zero tolerance for: young drivers aged 21 and under; novice drivers – G1, G2, M1 and M2 (motorcycle) licence holders; and all commercial drivers.

“Zero tolerance means that drivers should not get behind the wheel if they have any detectable presence of drugs or alcohol in their system,” the statement explained. “For cannabis, the federal government will be approving a screening device and setting the thresholds for detectable presence in the coming months.”

Ontario’s legislation will also increase monetary penalties for all drivers who fail, or refuse to perform, a sobriety test. For young, novice and commercial drivers, proposed penalties include a three-day licence suspension on first occurrence and a penalty of $250, with suspensions and penalties increasing with subsequent occurrences.

As the federal legalization of cannabis approaches, Ontario also plans to convene a summit in the fall with policing partners, public health and other stakeholders. The summit will be an opportunity to identify the resources necessary to address illegal storefront cannabis sales, proposed provincial offences, enforcement, opportunities for coordination and collaboration, and associated resource requirements.

According to the 2014 Ontario Road Safety Annual Report, 29% of all road fatalities that year involved a driver impaired by drugs and/or alcohol, the Office of the Premier reported in the statement.

Teresa Di Felice, director of government and community relations with CAA South Central Ontario (CAA SCO), said in a press release on Monday that “we applaud the provincial government for taking the necessary proactive steps to address road safety ahead of cannabis legalization.”

“The measures announced today will align drug-impaired and alcohol-impaired offences for young and novice drivers, ensuring there is a zero tolerance while they are in their formative years of driving and most at risk of being in a crash,” Di Felice went on to say. “Similarly, the zero tolerance levels proposed for commercial drivers, is an additional measure to help keep Ontario’s roads safe.”