An Ontario judge has taken the rare approach in a sentencing decision to urge the provincial government to take steps to prevent future instances of insurance fraud.

Ontario Court Justice David S. Rose made the obitur remarks in his written reasons in R. v. Kasotty, released Wednesday. In his decision, Rose imposed a two-year conditional sentence on Vera Kasotty, who pleaded guilty to charges of Fraud Over $5,000 and Arson.

“It is not for a judge of the Ontario Court to recommend changes to the insurance scheme, or the unregulated nature of car towing, which will remedy this problem,” Rose wrote in his decision. “Solving this is the role of the legislature. What I do hope is that the legislature will take this up with the urgency required.”

The charges against Kasotty arose out of Project Platinum, in which the York Regional Police investigated the infiltration of organized crime into the tow truck industry operating in the Greater Toronto area.

“Specifically, tow truck operators were organizing staged motor vehicle collisions in order to profit from the resulting insurance claims,” as the judge describes the focus of the Project Platinum investigation. “The fraud involved fictitious losses, and payment of fees for non-existent towing, repair charges, car rentals and physiotherapy.” 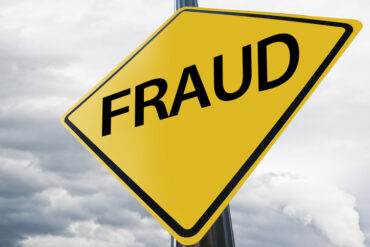 Ultimately, Rose found Kasotty to be a comparatively minor player involved in a scheme to defraud insurers in two separate incidents of insurance fraud.

In the first, Northbridge Insurance wound up paying out about $33,000 after Kasotty contacted the leader of an alleged organized crime group to arrange a fake collision with her Lexus.

In the second, the Roberts Group paid out just less than $60,000 in insured damage after Kasotty, carrying out the wishes of her husband, contacted the same group to arrange setting fire to her husband’s transport truck.

Putting out the truck blaze required six York Regional Fire Department trucks, two command units, and another support unit. The final cost to battle the blaze was just under $8,000. The fire not only destroyed her husband’s truck, but also two other nearby trucks, a Mercedes, and a trailer.

The court ordered Kasotty to pay Northbridge $20,000 in restitution and $5,000 to the Roberts Group.

The Crown asked the court to jail Kasotty for two years. Rose ordered a two-year conditional sentence instead, allowing Kasotty to serve her two-year time in the community, where she would benefit from counselling.

“This is a close case, but… on balance a conditional sentence will meet the needs of deterrence and denunciation,” Rose ruled. “In making that finding, I rely on Ms. Kasotty’s relative role in the scheme. She was an organizer insofar as she brought two vehicles to the group [that orchestrated the scheme] and benefited financially from it, but she was at the same time a customer of the group whose members offered this service. It is also relevant that she was not a recruiter at large for the group.”

After determining the sentence, Rose then made several general observations in his written reasons about the need to crack down on insurance fraud, leading to the call for the legislature to address it.

“I would not finish this judgment without commenting on the effects of the insurance fraud which is the subject of Ms. Kasotty’s charges,” Rose wrote. “Her crimes are not victimless…

“When an insurance company is defrauded because a car is deliberately destroyed, that loss is not borne by the insurer. Rather it is passed along to the other insured motorists by way of higher premiums. Everyone pays more. The broader insured public therefore bears the loss. This is a public fraud.”