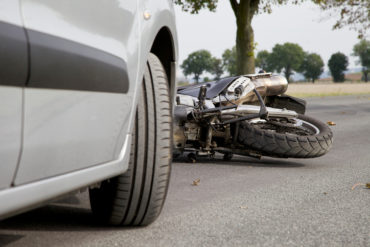 The study from researchers at the University of Toronto, Sunnybrook Health Sciences Centre and the Institute for Clinical Evaluative Science was published in the Canadian Medical Association Journal.

It tracked Ontario adults who went to hospital because of a motorcycle or automobile crash from 2007 through 2013 and calculated the costs of their treatment over a two-year period.

It found treatment of a motorcycle crash’s injuries will cost, on average, nearly twice as much – $5,825 – as those suffered by a person in a car, pegged at $2,995.

“We found that motorcyclists were much more likely to have severe extremity injuries – even mangled extremities or traumatic amputations,” said Dr. Daniel Pincus, an orthopedic resident physician at Sunnybrook who is one of the study’s authors.

“When a crash does happen the result seemed to be more devastating consistently for a motorcyclist,” Pincus said.

The study also pointed to statistics indicating that motorcycles, on average, are driven only a fifth the distance of a car in Ontario and Pincus said on a per-kilometre basis motorcycles are much more dangerous than cars.

Research quoted in the study found that between 2000 and 2010, automobile crash deaths decreased by 55.1 per cent in 19 developed countries, while deaths and injuries in motorcycle crashes remained stable during the same time period.

But Pincus said the motorcycle crash statistics in Ontario “have gotten worse.”

“The number of people dying related to motorcycle crashes in Ontario is worse today than it was in 1997,” he said. “Some of it will never be preventable as motorcycle trauma’s always going to be worse.”